The Moral Compass and Other Marketing Gear

INFLUENCER: TBWA\Helsinki's Jyrki Poutanen on how marketers can navigate through the four stages of the Covid-19 crisis 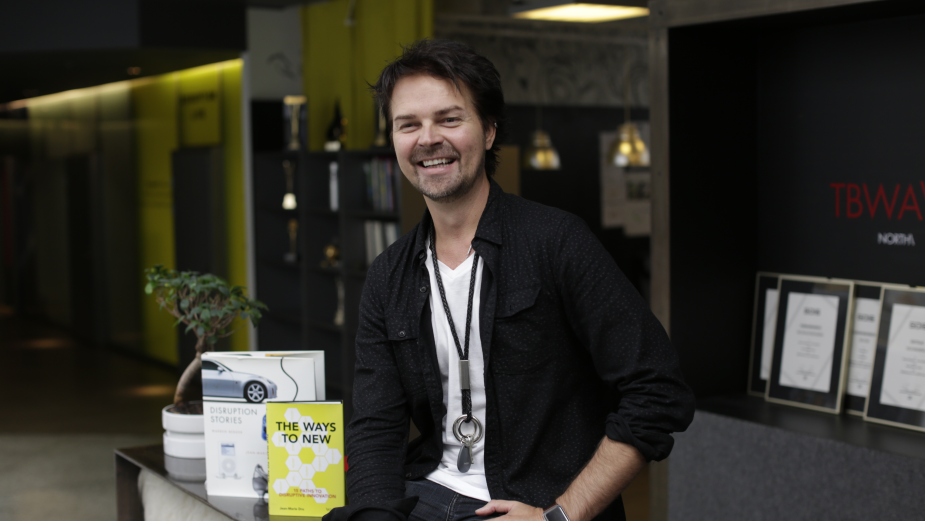 'Speed is safety' is a catchphrase used by old-school mountain climbers. This is to remind themselves and others of the importance of keeping moving: the less time you spend atop a mountain as a potential lightning conductor or loitering on an avalanche route, the more likely you are to stay alive.

Whilst marketing in the time of Covid-19 can’t necessarily be considered an extreme sport, the saying is nevertheless apt in the current situation – the faster we bring to life good ideas that can either fight the epidemic or lift our spirits, the more tolerable and better the world is likely to get.

What counts as a good idea during these past few weeks is more complicated. Well-meaning as they might have been, we have witnessed conversation starters that lack thorough consideration, and have therefore ended in PR disasters.

Actress Gal Gadot and her celeb friends were torn apart by their fans after posting a cheesy cover of John Lennon’s Imagine on their Instagram accounts. The performance was dismissed as tone-deaf, alluding more to the egocentricity of millionaires singing from the security of their mansions, than the performance itself. The ensemble trying to lift spirits learned the hard way that rushing about usually results in forgetting something essential. In this case, discretion. The U.S. West Coast was at day six of the crisis. It just wasn’t the time for ‘imagining’ yet.

The crisis has touched every individual, organisation and brand. So, it goes without saying that ignoring the issue altogether would be a PR fail as itself. As action must be taken, it is important to do so with care. In this article, I will go through a few lessons our collective and our Helsinki teams have been trying to follow while navigating through these unusual times.

The Covid-19 crisis can be divided into four stages, from the start of quarantine to when our lives start going back to normal. Each stage requires the ability of marketers to proceed with discretion, as opportunists promoting themselves will get caught with their pants down. This is why I claim that a thorough understanding of the present time is a key component in a marketer's moral compass. Furthermore – it should not be lain aside when crisis is over.

When the virus spread into western countries and the world began to shut down, information flow and safety formed the core of communications for those emotionally intelligent brands. Apple was among the first to react to the emerging crisis, creating content for consumers dealing with the new realities and uncertainty. Within a very short time, AppleTV+ released first episodes of the Oprah Talks Covid-19 show on the channel. The content was naturally free of charge. An existing contract with Winfrey for the programme Oprah's Book Club made it possible to react fast. Nevertheless, Cupertino's IT giant deserves recognition for the velocity on this.

The second stage of the ‘corona situation’ began with voluntary and assigned quarantines. States, companies and individuals closed their doors from the outside world and society shut down. Marketers who did interpret this phase and its sentiment right, understood that being humane, empathetic and useful is what they should now offer. Marketers also had, and still have, a role in filling the void with something meaningful, and spirit-lifting.

Feedback has shown that our clients’ responses to this second stage have been successful. Our client Telia teleoperator has, for many weeks now, donated their ad space to small businesses through their #together campaign. To date, hundreds of entrepreneurs have been able to communicate their services on TV, magazines, online advertising and OOH.

Also Telia sponsored Finnish eSport Series and the Finnish Hockey League played the season's cancelled IRL playoffs virtually with the NHL 20 console game, bringing entertainment to grieving sports fans across the nation. A group of NHL 20 pros and fans were invited to form the teams and the games aired on channels reserved for the original playoffs.

In a pro-bono campaign for HelsinkiMissio, a local non-profit for the prevention of desolation, we partnered with Sanoma, Clear Channel and FCL Helsinki to create a fundraising campaign using images and videos of Helsinki city emptied by coronavirus. The campaign inspired people to volunteer to help those suffering from chronic loneliness – communicating that for some, loneliness began long before corona and will last long after. ‘For some, this is how the world has always felt’, the copy stated.

Our latest success in the battle against Covid-19, is Vipu, a hands-free handle created with our client Fortum. Currently piloting at a grocery store chain here in Finland. Vipu is an additional feature to a cooler cabinet’s handle, allowing customers to open those doors with their forearm instead of their hands, thus protecting them from infection. So far Vipu has been featured as a Finnish forerunner innovation all over the world, including New York Post, Reuters, RTL, Adweek and so on.

Creativity is said to blossom in crises and under pressure. So does the trust between an agency and its clients and partners. However, both trust and creativity simply need to exist in the equation beforehand to enable fast reaction to changing circumstances – in a controlled manner. And in spring 2020 speed truly is safety.

Phase 3: Light at the end of a tunnel

Hopefulness balanced by realities define stage three. We'll see our life beginning to normalise and we discern clues of when it will be fully back on track. Over-promising and communicating unfounded hope will likely be the pitfalls of marketers who possess no ability to make circumspect decisions. This stage will also mark the famous eleventh hour for companies to start planning their recovery and return strategy, as the competitor has most probably completed theirs.

In the fourth stage, our world is back on its feet – lockdowns released, and markets reopened. Reunions, humanity and its persistence are being celebrated on the streets. The post-corona era will be an interesting human(kind) experiment on whether we learned anything about the world and ourselves during our “house arrest”. What will prove most crucial, is whether we will be able to utilise the lessons we learned to build a better future. In the worst-case scenario all the goodwill, solidarity, and kindness will too soon be forgotten – washed out by the confetti rains at the “feasts of freedom”.

What would happen if we would continue to operate according to the best practices identified in stages one and two? What if we, marketers, were to hold the climate crisis, world hunger or inequality our next mutual enemy? What if?