The 'Mopsters' Return for Launch of Hyundai's Kona Electric 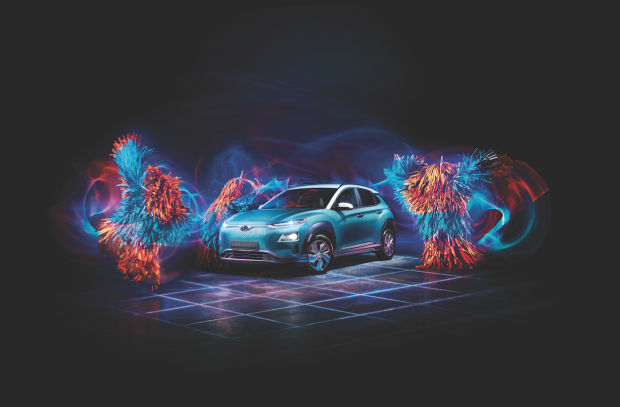 Hyundai has released its latest campaign to promote the motoring company and Australia’s first fully electric small SUV. Created by Innocean Australia, the national campaign sees the return of the successful car wash characters – known as the ‘Mopsters’

The campaign showcases how the new Kona Electric is setting the pace with cutting-edge technology, which includes a 450km real-world range, instant acceleration, clever regenerative braking and a battery that can charge while you sleep.

Proving that electric cars can be more than just eco-friendly, the campaign shows that the Kona Electric is fun to drive, stylish and accessible to mainstream audiences.

Says Innocean Australia executive creative director, Steve Jackson: “The first campaign saw our lovable heroes follow the new Kona out of the car wash to dance and twerk up against the object of their desire. The second saw them pursuing it through the city. Our latest iteration is just as fun and proves that green isn’t boring. And, if the car is completely electric, then our campaign should be electric too.”

Directed by Sweetshop’s Alexander Brown, the campaign’s futuristic look and feel is applied almost entirely using in-camera effects, including the use of projection mapping. The car never physically moves in any shot so the sense of movement and energy is created by Brown and his team.

With the aim to demonstrate the forward thinking and ambitious qualities of the electric SUV, Brown says: “We’re so familiar with car commercials – a car gliding along a pacific highway or through an urban jungle – but with Kona, we wanted to remind people of the flavour of the fantastical and the futuristic.”

Adds Hyundai Australia director of marketing, Bill Thomas: “I’m delighted with this campaign. We want to make eco-friendly vehicles appealing to mainstream audiences and I think this new campaign does that. Our Kona model positioning fits well with the fun you can have in an electric vehicle, so it does a great job for the Kona small SUV on a broader scale.”

The Kona Electric campaign will roll out on broadcast, digital, press and across point of sale advertising.