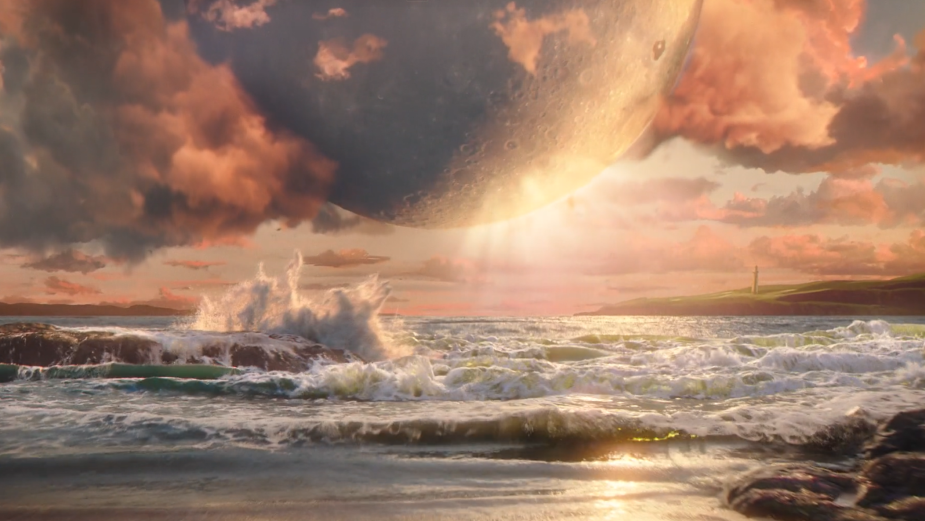 Sky is inspiring audiences to make planet-saving choices as well as putting its own carbon emissions commitment to the fore in the first major campaign for its new Sky Zero brand, and its associated pledge to be net zero carbon by 2030.

At the heart of the campaign is a 60-second animated film called ‘The Day The Moon Came To Earth’, which is inspired by the Overview Effect – a term to describe the profound experience astronauts have when they see the earth from space for the first time.

The campaign, made by Engine Creative, showcases our beautiful planet from the perspective of the Moon visiting for the very first time. The idea is to remind us how truly magnificent the Earth is from this fresh perspective and thereby renew our enthusiasm for making small changes which will contribute to slowing the earth’s temperature rise. And at the same time raising awareness of Sky’s own pledge to achieve net zero carbon by 2030.

Sky Zero from Engine on Vimeo.

As a founding member of AdGreen, the initiative aiming to reduce the impact of the advertising sector, Sky ensured the film was created in full 3D/CG animation using low emission tech and carbon off-setting so as to be a fully net zero carbon production. A marathon 20-week animation schedule included concept art, layouts, character design, modelling, lighting, animation and painstaking water simulation across multiple landscapes. All of which had to be as awe-inspiring as the real thing.

Jodie Alliss, Head of Environment Campaigns at Sky Zero, said: “The Moon has watched over Earth since before time began. We thought there was no better character to visit our home and remind us of the wonder it holds. But also, to highlight the uncomfortable truth that climate change is having a devastating impact on the things we love. Fortunately, we still have the opportunity to save it and, here at Sky, we want to inspire people to join us on our net zero carbon journey”.

Leon Jaume, Executive Creative Director at Engine Creative, said: “The rage and despair at the effects of climate change are understandable, but they are not enough. To effect positive change, we instead chose the motivation of hope. We wanted to remind ourselves we live somewhere wonderful that can still be saved. And to see ourselves through fresh eyes. So, we turned to our long-term neighbour, the Moon, and imagined how she might respond to seeing Earth up close for the very first time.”

The film breaks on linear TV on 10th September in the UK, Italy, Germany, Ireland and Austria with activity also appearing on OOH, in print and on social media.

Sky Zero is the overarching brand for all the activity Sky undertakes to help reduce the effects of climate change, from its own corporate commitments, its partnerships with WWF and COP26, as well as the programming it makes to raise awareness of environmental issues.

Earlier this week Sky announced it has partnered with Tottenham Hotspur to host the world’s first net zero carbon football game at an elite level.

The September 19th fixture between Tottenham and Chelsea is supported by COP26 and the Premier League, and will be branded #GameZero, with the ambition of being net zero carbon. This is achieved when emissions are reduced as much as possible, with the remainder offset through natural projects that remove emissions from the atmosphere.

Sky, Tottenham Hotspur and the UK Government want the game to raise awareness of the threat of climate change and inspire football fans to make simple changes that will help reduce their carbon footprint.