The Lotus Legend, voted by all 56 jury members, is awarded to a creative contender who has achieved creative excellence as well as being a role model to new creative generations 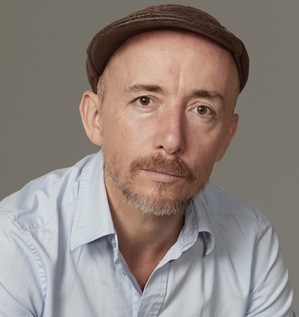 Ant Keogh (left), chief creative officer of The Monkeys, Melbourne has been named as the Lotus Legend at ADFEST: Transform 2018. Campaign Brief Australia ranked him the #1 Creative Director in Australia for the past five years. He has headed the Bestads Australian Creative Rankings for the last decade and is ranked #7 in the world. In the 2017 Big Won Report he was ranked #1 Chief Creative Officer in the World.

Says Jimmy Lam, president of ADFEST: "Ant creates the kind of ads that are remembered and talked about for years afterwards - his work is funny, provocative, memorable and effective, which makes him a worthy winner of this year's Lotus Legend accolade."

Keogh is currently filming in New Zealand but accepted the accolade remotely.

Says Keogh: "It's an awfully big honour to win something like this. It's impossible to thank everyone that's involved in an award like this - this is really about hundreds of people who have been involved in the work I've made. But I should quickly thank James McGrath [creative chairman at Clemenger BBDO] and all the people who have worked at Clemenger BBDO in Melbourne for the last 10 years that I was there, Y&R Melbourne before that and Mojo in the dark ages."

Lotus Legend is nominated by all 56 Juries of this year's Lotus Awards, where they were asked to put forward one creative contender, either previously or currently active in the advertising and communication industry of Asia Pacific or Middle East region. He or she must have achieved creative excellence whilst working in those regions, as well as being a role model to new creative generations.