The Modern Day Football Club as a Brand 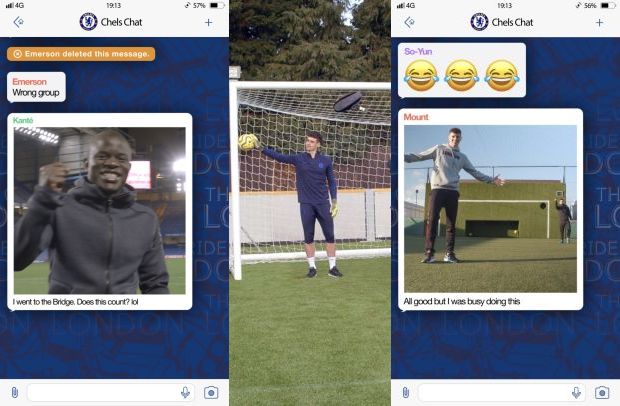 Much of the sporting world is at a halt right now. Due to the Covid-19 pandemic, sporting events and leagues of every kind are suspended - many indefinitely - to help stop the spread of the disease and keep players and spectators safe.

But for many people, supporting a football team is so much more than following the happenings of a weekly football match. It’s an all-encompassing love that fills conversations in the office, over dinner, with friends, families and loved ones. Nowadays, football content is consumed at all hours, on online platforms away from the traditional norms. According to a 2018 study by football entertainment platform Copa90, the modern football fan is on the one hand “priced out of the live game. On the other, the proliferation of social platforms has given them unfettered access to football content and players”.

That unfettered access has left fans hungry for more ever more content from their heroes and football clubs racing to produce engaging, entertaining content on a regular basis. One team’s content that caught my attention is Chelsea Football Club. I’ll hold my hands up and admit that, as a Chelsea fan, I follow the club on various social channels. But support aside, a recent piece of content that the club released, in which fans got a peek into a faux WhatsApp group chat where players and staff were discussing what they got up to during the season’s winter break, got me thinking about the challenges of being a football club in the modern era, and the challenges of producing such content so regularly. After all, the faux WhatsApp video is essentially a neat piece of branded content. Chelsea is a brand as well as a sporting team.

“Definitely. Chelsea is a brand,” says Steve Howell, creative partner at Dark Horses, the agency that’s been working with Chelsea since June 2019. “[It is] a very powerful brand that means a lot to millions of fans around the world. If teams see themselves as just a club they aren’t even in the race.”

When it comes to working with a football team, Steve says that the starting point from a marketing perspective is much the same as it is with any brand. It’s about looking at strengths, product truths, competition, the overall brand category and any external forces and pressures that they face. Then it’s about figuring out how to stand out and breaking away from a crowded field. “Of course it helps as well that we know this category inside out and have a fair few die-hard fans in the office,” he adds.

When it comes to the overall aim of brand communications for a club like Chelsea, it’s an intriguing challenge because, on face value, it already has its consumer in the form of its fans. But in 2020, having a large fanbase is big business. “With the globalisation of the Premier League and footballing icons like Messi and Ronaldo, there are fans all over the world willing and able to pledge their allegiance to whichever club catches their eye the most,” says Steve. In the case of Chelsea, they operate in a city that’s particularly unique in football terms. Most major cities have one or two local clubs to pledge allegiance to. In London, where Chelsea is based, there are five clubs in the Premier League alone, and a whole host more in the leagues below. “So there was a real opportunity to cement Chelsea as being the London club, attracting new fans, while also being wary not to alienate the hardcore fans that buy their season tickets every year.”

Steve likens it to a brand like Coca-Cola. “In fact the principles that make great FMCG marketing are generally the same as ones that make great football club marketing,” he says. “For example, in this campaign [the WhatsApp call] we are looking to generate penetration not loyalty. We want more light-touch fans than die-hard enthusiasts, in the same way Coca-Cola would prefer everyone to buy a coke occasionally rather than a few people buying it all the time.”

‘Chels Chat’, the WhatsApp chat video, came from a desire to create work that’s unlike anything else in the field. The concept of a season winter break, which is a longtime annual occurrence in many European leagues but got its debut in Britain this year, provided the perfect opportunity to do just that. “The first ever Premier League winter break gave us the opportunity to talk about what the players were doing off the pitch - when every other club focuses on what’s happening on the pitch,” Steve says. “Combine that with the fact that we all have a gazillion WhatsApp groups, we thought it would be fun to give the world a glimpse of what happens behind closed doors - what the players are up to on their time off.”

When it comes to production, Dark Horses’ internal studio Young Dukes is geared up with a full set of production capabilities. It recently shot a 10-minute documentary on Zenit St Petersburg for Gazprom. But for Chels Chat and ‘All Eyes on London’, a video launched in December to mark a week where Chelsea played Arsenal and Tottenham Hotspur - both local London derbies - Steve and the team worked with Outsider director Tom Day. “He is football mad, has a great eye, knows how to get a performance, and can move really fast.”

That ability to capture a performance is particularly important when it comes to working with football players, according to Steve. “[It] is totally different to working with the usual acting talent you would get in advertising, entertainment or even music,” he says. “Expecting them to perform off the pitch is a classic error inexperienced agencies make. You have to engage players, not expect them to do too much, work within their limitations and most importantly work fast. They are time-poor, and can get bored and frustrated easily. Every idea we took to the club was conceived through the lens of what we can get the players to do in a 30-minute window, without the need for much acting ability.”

The target audience of all of the above go by many names within the industry, says Steve. FOTs are ‘Football Obsessed Teens’; GFGCs are ‘Global Football Game Changers’; and MFFs are ‘Modern Football Fans’. That means a group of people aged 16-25 who are football fanatics that consume the sport in a myriad of different ways in comparison to their older counterparts. As discussed earlier, for them football is far more than 90 minutes on the pitch. “They expect clubs and stars to embrace areas of culture that they’re interested in such as music, fashion and gaming,” says Steve. “They follow football players over teams and they don’t hold allegiance to any one team, supporting up to five. For Chelsea they’d already reached saturation with attaining these fans in the UK who are also far more tribal than their foreign counterparts. It was those in key international markets who were identified as the opportunity for growth. The objective for Chelsea was to ensure that we made famous work which asserted ‘The Pride of London’ brand proposition and put the club on global football fans’ roster of clubs.”

Speaking more broadly, Steve believes that the sporting sector has been slow to catch up with the rise of Dark Social, a phenomenon that is seeing more and more people - especially those within the age bracket of their target audience - migrate to more secretive online social circles. It’s an insight that directly influenced Dark Horses and Chelsea in the creative for ‘Chels Chat’. “The real challenge for brands in reaching modern football fans is in this space,” Steve says. “Despite the headlines gravitating toward the public spheres, the majority of this audience are retreating to ever more private circles. Group chats and gaming headset sessions are preferred to large groups of people online.

“It is here that our audience shares things fast, fosters intimacy and shapes their opinions. It’s not easy to do, but Dark Social should be a high priority when considering how we influence this audience. Either by being present, facilitating these conversations or simply adopting the culture of the group chat as we did with Chelsea.” 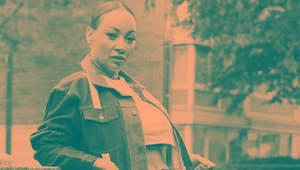 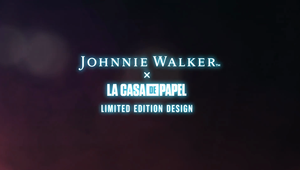