The two bring their fashion, passion & vision to the company 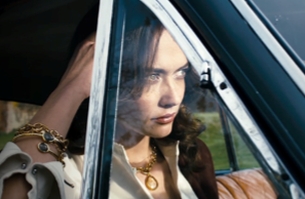 It’s all about the girls at The Mob this month, as two talented ladies join its director roster. Fashion photographer Nicole Nodland has an eye for beauty and an ear for music, producing ﬁlms with the likes of Lana Del Rey & Slow Moving Millie. She started her career as the personal photographer to Prince (no biggie) and went on to shoot some icons such as Stevie Wonder & Ray Charles before turning her hand to ﬁlm, it's clear to see that Nicole’s work is just as iconic as the stars she’s worked with.

The Mob is also pleased to welcome Meriem Adib to its books. Meriem likes to take a walk on the slightly wilder side, creating attention grabbing work for adventurous stars such as Bear Grylls & James Cracknell. Meriem can conjure up a world of dramatic tension with a passion & originality, which makes it clear to see why she has won so many awards along the way. Meriem has hit the ground running and is already out in Abu Dhabi shooting with The Mob & the stars of Manchester City Football Club.