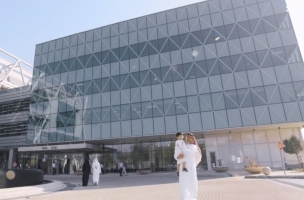 Commercial and sports production firm The Mob Film Company has announced the launch of its new UAE-based arm.

Mob MENA is a brand new addition to the Mob family. With fully operational offices and a dedicated team based in the UAE, it will provide services within the film & advertising industry.

Drawing on its wealth of experience and expertise from it’s London, Manchester and Los Angeles offices, Mob MENA will be applying the same high production values and unrivalled proficiency to projects across this region. It will be headed up by general manager & senior producer Dave Birchall.

Dave Birchall said: “We spoke about our next challenge for some time, and this really made sense to us. The region is so fresh and exciting: A melting pot of so many cultures, philosophies and beliefs all in the same place, all with sky-high ambitions. There’s a genuine buzz in the industry here, it’s intoxicating. We want to bring clients from the UK here, too. The crews are in place, costs are more than competitive and the locations and weather are obviously a huge plus for clients”.

The MENA operation excites Birchall, in a marketplace Mob are proud to become a part of: “We have so much faith in this venture. Our acclaimed roster of Directors connect so well with the brands here, and our production experience and expertise is made for this market. The Directors really can’t wait to get started!! Talents such as Ernest Desumbila, Paul WS Anderson, Bharat Nalluri and Mona El Mansouri head up a game-changing roster here for us”.

Global Executive Producer John Brocklehurst’s vision to be in MENA has been in the pipeline for some time, and today represents a landmark in the company’s journey: “There’s too many companies who claim to be in the region whilst sitting in a production office in London, Sydney, wherever,” says Brocklehurst. “Mob don’t believe in doing things half-heartedly - we want to be on our clients’ doorstep, to be part of the UAE and all that it offers - immersed in the day-to-day. It’s the only way to understand a market and your client’s needs”.

Mob MENA will operate from the twofour54 media zone in Abu Dhabi, working across the Middle-East and North Africa.