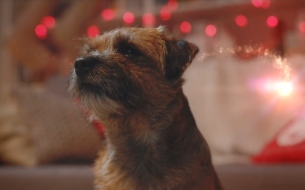 It's the night before Christmas- a twinkle lights up a family home, careful not to wake anyone (other than the dog).

Mob teamed up with Leeds agency Us&Them for this latest campaign in the build up to Christmas. The spot integrates live-action and CGI, showcasing the huge range of festive products available from Poundland this winter.