The Minimart Puts Prizes on Ice for Switzerland Tourism Campaign 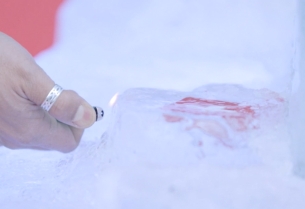 Visitor numbers to Switzerland had fallen by 30 per cent over three years, as a ski destinations became considered expensive and out of reach by most. Switzerland Tourism wanted a campaign to change that.

The Minimart created 5 giant ice blocks, designed to look cut from a glacial face, and dropped them into 5 high profile locations across London on set days. The public were encouraged to reach out and touch the ice block to melt free the prizes stored inside, ranging from chocolate to flights and holidays. Ambassadors handed out leaflets which directed people to a campaign website, where they could read more, play the online game ‘Melt the Ice’ (developed for the campaign), and win further prizes.

Players could also use the campaign website to discover the location of the next drop and check the live count-down clock. The main aim of the campaign was to raise the profile of Switzerland as a desirable ski holiday destination, and ultimately drive an increase in visitors.

Bloggers and social media were used to spread word of the Ice Block drops and each one was preceded by local press announcements, and as a result produced strong results in a short space of time.

By not creating a traditional ‘outbound’ piece of communication, The Minimart were able to engage with consumers rather than preach at them –creating the most ambitious ‘sampling’ event ever. Consumers were keen to be seen next to the hunks of ice and to publish their own pictures. The energetic scenes at each venue gave an immediate, and a much warmer, aspect to the brand personality.