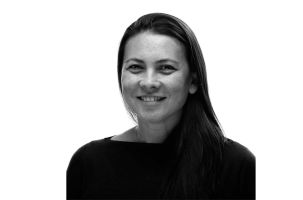 The Mill today announced the promotion of Boo Wong to Global Director of Emerging Technology, a newly created position based out of The Mill’s New York studio.

Working closely with local leadership teams, Wong will lead Emerging Technology across The Mill’s global studios in London, New York, LA, and Chicago. In her new role, Wong will be responsible for expanding The Mill’s interactive and immersive portfolio, oversee the implementation of group-wide workflows, and focus on attracting top talent to support continued growth of the business. Building on the artistry, scale and power of The Mill’s core VFX offering, the move further positions the award-winning studio as the leading creative and technical partner for short-form moving image across commercials, branded content and advertising.

Most recently, The Mill collaborated with The Guardian to produce ‘6x9: A Virtual Experience of Solitary Confinement’. Developed by their London studio, ‘6x9’ is available as a VR app and online as a 360-degree video experience. 6x9 was one of the few projects selected to appear at both Sundance and Tribeca Film Festival this year and has been recognised as a top VR experience by leading publications including The New York Times, The Verge, Business Week, and others.

“Our expansion into this area is a natural evolution of The Mill’s core technical and creative capabilities,” commented The Mill’s CEO, Robin Shenfield. “No one is more qualified to lead our world-class emerging technology team than Boo. Her deep background in visual effects, coupled with her expertise in gaming and interactive production will be hugely valuable as The Mill pioneers the next wave of premium cinematic experiences.”

Over the past 12 months, The Mill has produced an impressive range of VR and interactive projects. From their NY studio, this list includes Gatorade’s ‘Bryce Harper Virtual Reality Experience’, Lexus' interactive installation, ‘Ride the Slide’, and the 2016 AR app for GARAGE Magazine. Recent notable work from their LA studio includes the Webby award-winning Google ATAP project, ‘HELP’, in addition to the world’s first ever live-action cinema grade production tool, ‘Mill Stitch’, which won the highly coveted VR/AR category at this year’s SXSW Interactive Innovation Awards.

Supporting the continued expansion of their emerging technology capabilities, The Mill has additionally launched ‘Mill LAB’. Spearheaded by Executive Creative Director Rama Allen, Mill LAB is a global initiative dedicated to prototyping the future of film through experimental projects and the invention of new creative technologies.

“Rather than jumping on the latest VR hype cycle, our teams have been pushing the limits of emerging mediums to identify the right applications and solutions for our clients,” commented Wong. “Following this approach, we have engineered some of the best immersive and interactive experiences launched to date.”

“I’m incredibly excited to lead this fiercely talented group and look forward to building on our partnerships with industry-leading platforms,” said Wong. “Over the coming months, we’ll be rolling out an impressive slate of work that leverages the full range of The Mill’s capabilities across these new technologies and platforms.”