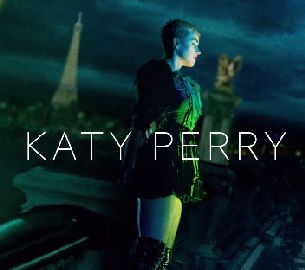 The Mill teamed up with W Magazine, Steven Klein and Finger Music to launch an augmented reality experience bringing the W September 2017 collector’s issue to life with a three-dimensional, “talking” cover, as well as a series of short films, interactive features, and AR-enhanced fashion portfolios, produced by The Mill.

The cover, featuring Katy Perry, was conceptualized and shot by Steven Klein, who also directed the star as part of the AR experience. This marks Klein’s first venture into the world of AR/VR filmmaking

W’s collector’s issue features cinematic, 3-D visual effects, and AR-enhanced imagery and videos, which appear to leap off the page when viewed through the app. Readers can activate content from the cover and four of the magazine’s features and portfolios using W’s Beyond the Page app, which was developed by The Mill. The app is available for download today, for iOS and Android.

The AR experience begins with a “talking” cover: a video and audio message from Katy Perry, transformed by Klein, styled by Edward Enninful, and depicted in a surreal setting while reading an Albert Camus-esque declaration of freedom. Readers are encouraged to interact with different parts of Katy Perry’s cover portrait, as each facial feature unlocks a new piece of content. Scanning images and pages from the magazine, which are marked with an AR-activated W icon, leads to multi-dimensional visuals, films, and a panoramic, 360-degree view of the cinematic set.

"We perceive magazines as flat planes of expression. Photographic and print materials as static, firmly held in place by the laws of time and space. But now, through new technology, we have broken those laws and can render a picture as a living entity, as in the case of my W magazine cover story with musical artist Katy Perry," said image-maker Steven Klein. "Like Alice looking through the looking glass, you are invited, through the use of an app, to step into the wonderland we have created with the technical assistance of The Mill."

The Mill worked with Klein to create 3-D scans of Perry on set at the cover shoot, which were used to produce a series of virtual portraits. The focus was on designing a seamless experience between the screen and the printed page, matching Klein’s aesthetic throughout the CG renderings, and producing a cohesive narrative across the issue and all its AR components.

“With this collaboration with W magazine, we wanted to push the boundaries of what’s possible in print, while unlocking a new kind of viewing experience through augmented reality,” said Angus Kneale, The Mill’s chief creative officer. “This is an incredibly exciting time to be at the forefront of emerging technology and digital storytelling, and we’re looking forward to further exploring how it can complement and expand the print medium.”

In addition to the cover story, the AR experience extends to a collaboration with artist Alex Israel, accompanied by a futuristic piece of fiction; a defiant take on fall fashion by photographers Mert Alas and Marcus Piggott; and a portfolio by photographer and artist Collier Schorr, capturing fashion’s obsession with gender fluidity.

W’s September, collector’s issue will hit newsstands August 14. A special edition, including two additional covers, will be on sale in New York and Los Angeles, and at wmag.com/go/katyperrypromo.