The campaign coincides with the National Domestic Violence Awareness Month 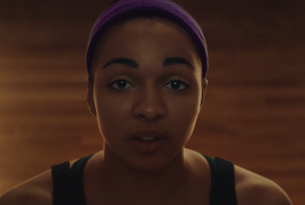 The message is simple: you can be abaseball/basketball/hockey/soccer fan, aYankees/Mets/Knicks/Liberty/Rangers/Cosmos fan, but NOT A FAN of domesticviolence.

The campaign encourages fans to wear purple on their team’s jersey or cap and tweet/upload to social media a photo of themselves with the hashtag #NotAFan with a short message, ie:

I’m a X (type of sport) fan, a Y fan (team), but #NotAFan of domestic violence

The PSA also directs viewers to the National Coalition Against Domestic Violence where they can learn more and donate to support efforts to raise awareness andaddress domestic violence.

Clear Channel has generously donated space in Times Square and elsewhere. Additionally, the campaign will be in Taxi TV and elsewhere in New York City.