The Mill Announces the Return of Mill Film

The theatrical and film VFX studio will launch first hub in Adelaide, Australia 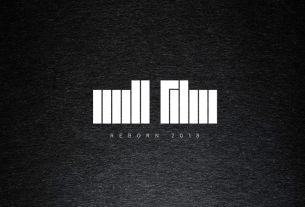 The Mill has today announced the return of Mill Film, a VFX studio for the theatrical/film production market, which originally closed its doors back in 2002.

The new hub will be located in Adelaide, Australia, and there are plans to expand into other film production locations to service its clients.

The Mill released the following statement on their website:

Alongside Technicolor, we have launched Mill Film, a brand new VFX studio for the theatrical/film production market - a project that has been in the pipeline for a long time but which we can now finally celebrate and share.

The initial production hub for Mill Film will be located in Adelaide, Australia with plans to expand into other film production locations to service our global clients.

Our focus for the studio is on Film VFX for major studios and streaming services. Mill Film will also address new opportunities in the areas of immersive media such as virtual and augmented reality. It launches with a vision to inspire the next generation of visual effects artists, to create a diverse and dynamic pool of talent and work with the latest technologies on ground-breaking productions.

The Mill has a strong heritage working in film. We are thrilled to be able to reignite the Mill Film brand for the needs of today’s clients, deploying the latest story-telling techniques and accessing a nimble infrastructure.

We look forward to bringing you more news over the coming months.