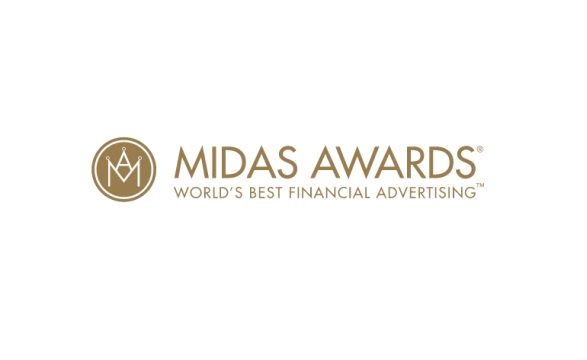 The Midas Awards for the World’s Best Financial Advertising has announced the Shortlist for the 2014 competition. You can view the shortlist by clicking here.

The Midas Grand Jury of 30 international client and agency leaders from financial creative and marketing disciplines, in addition to 10 judges participating in a live session in New York City, evaluated entries to determine the 2014 Shortlist. This year, 197 entries achieved Shortlist status submitted from 19 countries around the globe. The competition expanded its global footprint with entries from Cambodia, Honduras and Sri Lanka moving on to the next judging round.

The spotlight was on agencies competing for number one status on the 2014 Midas Report. The following agencies are forerunners for the annual ranking: King James Cape Town, South Africa with 16 entries Shortlisted; Publicis Kaplan Thaler, USA with 13; The Jupiter Drawing Room, South Africa with 12 entries achieving Shortlist status; FP7/DXB (Part of McCann Worldgroup), United Arab Emirates with 10; 41? 29!, Turkey with 8; and Lavender, Australia and M&C Saatchi Direct & Digital Communications, India each with 2 entries Shortlisted.

Publicis Kaplan Thaler, USA’s campaign for Citibank saw a staggering 12 entries move forward to the trophy round. Shortlisted entries include: 3 for “Citibike,” 2 for “Citibike OOH,” 2 for “Every Step of the Way Website,” 2 for “Citibike (Design),” and “Citi Olympic Sponsorship Corporate TV Campaign,” “Olympic Consumer TV Campaign” and “Mets” also moved on to the Shortlist.

R/GA USA’s campaign “PwC 365” for client PwC consultants saw 4 entries Shortlisted. The agency created a public-facing mobile app that delivers the PwC’s breadth of expertise in an elegant, personalized experience allowing users to build profiles based on their industries and their interests, and then delivers personalized content on the home screen and throughout the site.

This year marks the debut of the Midas Brand Report, a ranking similar to the Midas Report, recognizing advertiser’s performance based on points earned within the Midas Awards. Contenders for the inaugural Midas Brand Report include: Absa, Citibank, Emirates NDB, MasterCard, Sanlam, and TD Bank.

The United States took the lead this year with a robust 70 entries Shortlisted up 15% from 2013. South Africa follows with a 100% uptick with 48 shortlist entries over last year’s 24. 15 entries from Canadian agencies moved on to the trophy round; closely followed by United Arab Emirates with 14 entries and Turkey with 12.

Agencies from Mexico had a strong showing with 7 entries moving on to the trophy round. Sweden was recognized with 5; Germany 4; and Cambodia and India with 3 each. Both Austria and Sri Lanka saw 2 entries achieve Shortlist status, and Belgium, Czech Republic, Honduras, and the United Kingdom each had 1 entry Shortlisted.

“This is shaping up to be a banner year for the Midas Awards—so many judges have reported being very impressed with the work they reviewed. I can’t wait for the Round 2 scores to start coming in to see how things turn out!” said Alisun Armstrong, Executive Director, Midas Awards.

Shortlisted entries will now move on to Round 2, where the Midas Grand Jury will award Midas Gold and Silver Ingots to the highest scoring entries, determine the winner for the inaugural Midas Award for Innovation, and award the Grand Midas to the entry considered “Best in Show.” The results of the jury are parsed in an annual rankings brief, The Midas Report—a veritable who’s-who in the world of financial services advertising.