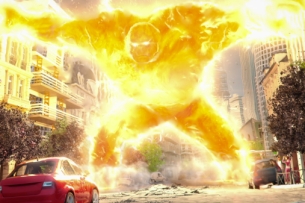 To launch Michelin's new CrossClimate tire in Europe, Wizz Design's Andy's bring to life an epic cast of weather villains that only one man can face.

The idea was to make something on the same level as the movies we all know & love from the Pixar, Sony and Dreamworks studios, a challenge the Andy's took on with the deadline schedule for advertising, not cinema.

TBWA\Paris knew they could trust this group of Parisian filmmakers, who are increasingly in demand and fresh off winning prizes at Epica, Mobius and ADC Global for their work on the Oasis web series "Berryfly Effect" and Peugeot "The Legend Returns." With this latest film, Andy's have entered new territory, while creating a trio of climate titans who face off against the Michelin Man.