Awards and Events 305 Add to collection 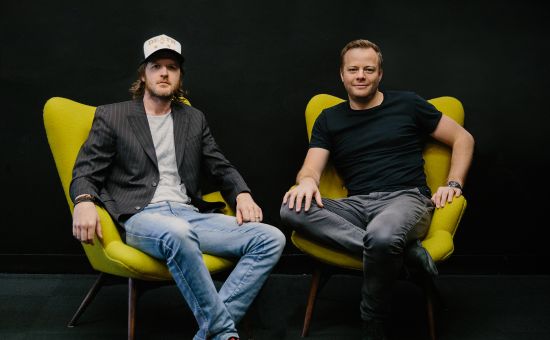 Famous for its after award show, the Melbourne Advertising & Design Club Awards has been a mainstay in Victoria’s adland community since 1955. With a proud and long history of celebrating local creativity, a decline in recent entries to the club’s notorious award show had made it financially non-viable, also contributing to the uncertainty of the club’s overall future.

In October 2014, it was announced that two new presidents would be put in charge to refresh and develop a new approach and program for the much loved club, with the appointment of Cummins&Partners executive creative directors Ben Couzens and Jim Ingram.

The ECDs have worked their entire careers in Melbourne and are both infinitely proud of the city’s creative community; understanding the large role MADC has played in rousing the potential of the town’s collective efforts. Whilst they believe the committee has done a cracking job at maintaining the relevance of the club since the award show ceased in 2013, more than anything they want the MADC to do more than just survive – they want it to thrive.

Acknowledging the ways in which the local awards landscape has changed and the subsequent pressure this has placed on all local shows – which some speculate could extend to include the Caxons, LIA and NYF – last year the new presidents released a statement saying they had no desire to compete with the likes of global award shows.

“We don't want to compete with Cannes, or any other show. But we do want to celebrate the ideas and thinking that capture people's attention in our market, so a new format is in planning that will won't cost a bomb to enter, making it accessible to the whole creative community.”

To many peoples’ delight, the after party kicked off in November last year. Couzens and Ingram were chuffed with the full head count and the great excuse to catch up with adlander comrades. They admit this very tight, very social and very well connected nature of the Melbourne ad industry is what gives it a unique sparkle. 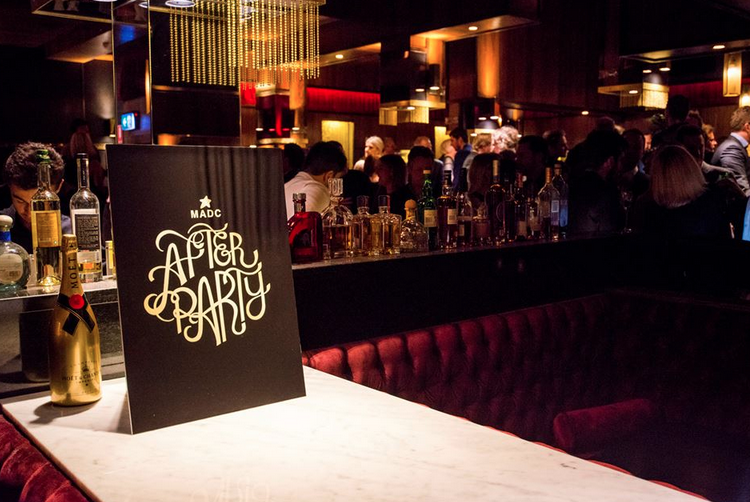 “We spend every day competing against each other for new business and new ideas but at the end of the day we’re all in this together and are quick to share war stories and support one another,” Ingram said. “The After Party was living proof – a full house with no award show, just a bunch of people getting together to say g’day and have a good old fashioned catch up.”

Although Ingram admits there was a time when local shows were far more relevant (they were the only door to open when it came to producing outstanding work) he says these days, everything is compared to on a global scale, whether we like it or not. With agencies becoming ever more frugal with unbillable costs, he notes that the price of entering multiple shows throughout the year has forced a more considered approach.

“If I have a budget of a thousand bucks, should I enter a bunch of work into MADC or two or three things into Cannes? That said, finding a way to celebrate local work without competing with the global shows is the key.”

In agreement, Couzens says with the closing of MADC Awards, the industry wasn’t only robbed of a great night out but it also meant that the best work done that year wasn’t celebrated in its hometown.

“The club has been around 60 years. The work we produce is designed to integrate and sometimes interrupt people’s lives, so it better be good – and if you do the best work you should be given a pat on the back,” he said.

So with a new format in mind, Couzens and Ingram will be taking a fresh new approach to celebrating creativity. For a start, the MADC Award night won’t be coming back in the format that it used to run.

“Times have changed and it’s time for the way we celebrate and recognise the best Melbourne work to change too. We will still celebrate Melbourne creativity but will be simpler, cheaper and more fun,” he said.

Going about the planning of a new format, Ingram and Couzens are grateful to have the support of a well-appointed committee behind them that is committed to working on the same page. They said initially, the main test for them both has been in not knowing where the club sat in terms of relevancy to members.

“To be honest, after the MADC went silent for two years, the biggest challenge for us was in not knowing if people in the industry cared about the MADC anymore,” admitted Couzens. “But last year we held an After Party. We skipped the award show and just had a kick arse party. And it sold out in days and the night was amazing. Everyone on the night was just really happy to hang out with each other all in the one spot. This reassured us that the heart of the club is still beating.”

But they credit the survival of the club over the past few years to committee members – Nick McDonald, Tony Prysten, Tracy Proposch, Helene Nicol and Olivia Riddle, who they say, have done a “bloody outstanding job” in keeping the club relevant through the introduction of the MADC Presents nights and the continuation of MADC Raw, Ignition and the mentor program. Only being in the new presidency role for the past six months, one thing they know for sure is they don’t want to “over cook it”.

“Having Table Tennis competitions and piss ups too often isn’t what will keep the club relevant,” says Couzens. “Basically we just want to do things that are geared towards either celebrating great work, encouraging it and importantly giving youngsters a kick-start into the industry.”

Pivotal to their decision to come on board MADC was the gratitude they both felt towards’ the clubs role in opening up doors in their careers and their desire to pass this baton on.

“Cuz and I met at RMIT university and have worked together in Melbourne in a creative partnership ever since,” Ingram explained. “It’s provided us with opportunities, friendships and adventures along the way that we couldn’t have dreamed of, and, a lot of these came about through association and connection to the MADC. We wanted to make sure that the next generation coming through the ranks had the same opportunity.”

On a social level, he encourages the next generation of creatives to simply come along and meet up with their fellow ad folk. “You never quite know who’ll you’ll bump into and where that will lead. Beyond that, if there was anyone who was curious about helping shape the future of the club the door is always open for ideas, contributions, suggestions, or better still, a seat on the committee.”