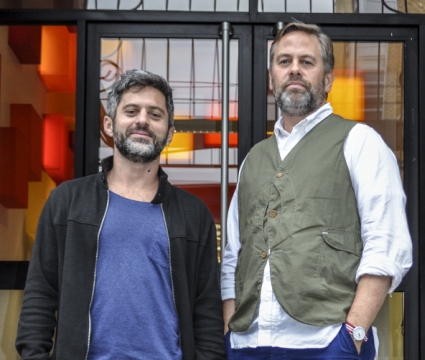 The Marketing Store has appointed Mat Fox and Eduardo Boldrini to senior roles as the creative remit of the agency broadens and to work on new business wins Sainsbury’s and adidas.

Boldrini, previously the co-founder and creative director of Brazil-based content agency No Ordinary Content, will work as senior copywriter and also reports to Evangelou.

Fox, who will provide creative firepower working as Evangelou’s number two across all clients, has a long track record of award-winning work. He started his career as a junior art director at Mother leaving to direct and write for television.

Subsequent highlights include a three-year spell at AKQA London where he won over thirty awards, the highlight a Gold Cyber Lion at Cannes for his Nike+ Kinect Training game for Xbox. During his time as a creative director at TBWA\London, between 2007 and 2010, Fox’s credits included shooting the adidas ‘Safety Wear’ ad in Tokyo.

After leaving AKQA in 2013, Fox worked as a freelance creative at agencies including VCCP and Ogilvy & Mather.

Evangelou said, “We’ve seen rapid growth in our brand and campaign remit so are incredibly excited to have Mat and Eduardo join to help shape the future of TMS and our clients’ businesses”.