The Many Exciting Uses of Jeans in FCB's Levi's Campaign 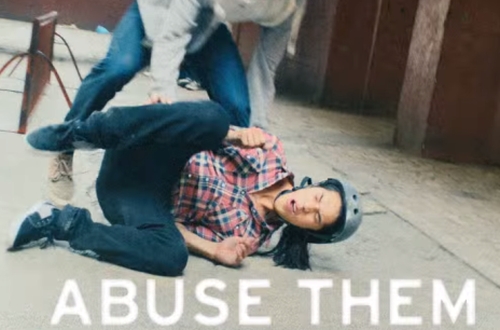 The Levi’s brand announced today the launch of its new global brand campaign, “Live in Levi’s,” the first work developed out of a unique, customized creative collaboration between FCB – Foote, Cone & Belding, The House Worldwide and the Levi’s brand. Inspired by the millions of stories consumers tell about the things they do in their Levi’s, the campaign spans digital and social platforms, TV, cinema and print globally as it aims to deeply engage and activate consumers through real-life and virtual events, as well as mobile and in-store experiences.

At the heart of the new campaign is the celebration of real-life “Live in Levi’s” moments – from first dates and first-borns to rodeos and road trips and every day in between. Featuring the new Fall 2014 collection, the campaign highlights the Levi’s 511 Slim jean for men and the Levi’s Revel jeans for women, in addition to reimagined iconic products such as the 501 jean, western shirt and Trucker jacket. The new line honors the spirit, attention to detail and craftsmanship of the much-loved original.

“‘Live in Levi’s’ is more than a campaign, it’s an optimistic new direction that reinvigorates the Levi’s brand’s soul. The energy, storytelling and iconic jeanswear at the center of the effort will reinforce what longtime Levi’s loyalists love about the brand and serve to attract new fans around the world. We’re celebrating the eternally optimistic spirit and iconic product that make the Levi’s brand great and forever relevant,” said Jennifer Sey, chief marketing officer for the Levi’s brand. “We are committed to celebrating authentic self-expression as well as the category defining products that embody individualism and self-expression. ‘Live in Levi’s’ asserts with confidence and pride that Levi’s clothes are indeed for everybody who’s not just anybody.”

More than 140 years after inventing the blue jean, one thing is clear: Levi’s clothes are loved by the people who wear them -from presidents to movie stars, farmers to fashion icons, entrepreneurs to the everyman. This campaign aims to capture the spirit of the iconic brand that has always been an embodiment of the events of its time.

“Authenticity is at the core of the brand. Levi’s invented the blue jean and ‘Live in Levi’s’ captures what it means to wear them,” said Eric Springer, FCB West Chief Creative Officer. “The campaign shows the contagious joy that comes from living without hesitation. Your Levi’s are an accomplice in the story that unfolds as you live.”

At the forefront of the “Live in Levi’s” campaign is an innovative digital approach, serving to engage and activate the expansive global community of Levi’s fans around their shared experiences. A social film showcasing the stories of people and products that no other brand can tell will launch in early August. The television and cinema spot, directed by Fredrik Bond, and featuring a track by the raspy-voiced blues rock musician Jamie N. Commons, celebrates individuals who are living and having fun in their Levi’s products and will air beginning in late July on cinema screens worldwide.

The colorful print and outdoor campaign was shot by Jason Nocito and captures a sense of raw euphoria and unwavering confidence. Featured taglines such as “For everybody who’s not just anybody” and “Look good on your way to what’s next” are at the center of the campaign. In August, fashion, music, sports and culture print outlets will show the new Fall 2014 collection. In addition, outdoor creative will begin running in late July in key markets including: New York, San Francisco, London, Paris, Berlin, Shanghai, Hong Kong, Mexico City, Mumbai and Tokyo along with other key cities globally.