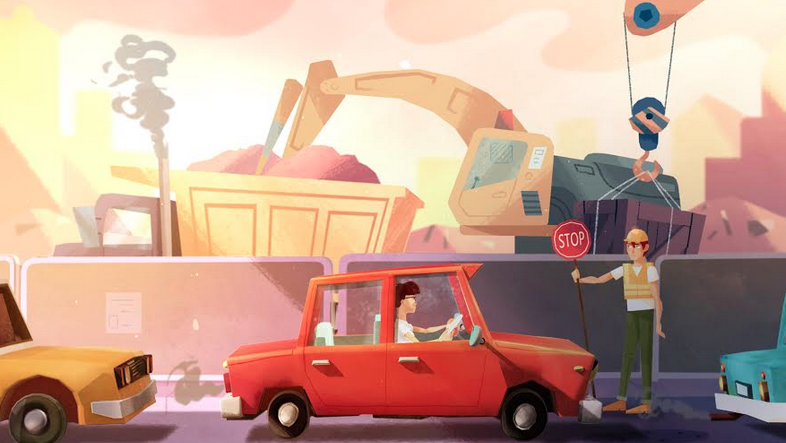 The Magnificent Itch short is about Air Pollution in Sydney. It's a very complex subject that needed a lot of information explained. The award winning animation house directors decided early on not to use motion graphics to impart the data, but to focus on narrative and character.

“We really wanted to weave a narrative into what could be a lot of very dry information. It makes it far more interesting for us and most importantly the audience to watch. There are so many explainer films out there so I think you have get more creative when getting the ideas across, especially for government agencies,” said director Stefan Wernik.

Using a simple yet evocative narrative this film explains the causes and effects and asks the question, 'What's the air quality like where you are today?' It will initially be released through the NSW EPA website.

As the film is likely to be used for a long time, it was decided style wise, to give the film an almost retro timeless quality.

It's a mixture of 3D and 2D elements and is inspired by illustrations in old science textbooks. The team worked hard to give everything a hand drawn look and all the 3D animation was created on '2's' to give it a 2D feel.

The film is featured on the NSW EPA website, YouTube and on social media. The project is also finalist in the Australian Effects and Animation Festival.