The Maccabees' New Promo Reveals An Unseen Side to Elephant & Castle 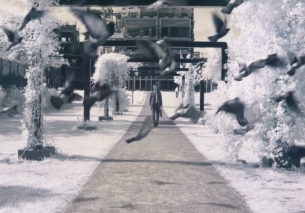 Created through Chief Productions, The Maccabees' new single ‘Something Like Happiness’ is taken from their upcoming fourth album Marks To Prove It. Shot in London’s Elephant and Castle, an area better known for its brutalist architecture and expanses of concrete, director Joe Connor looked to find something beautiful in the mundane.

Director Joe said, “The second video in a trilogy; in our last video we left our character emerging from a puddle, now we see him walking out into a bright light and up into a utopic Elephant and Castle.  Throughout this whole collaboration The Maccabees main point was to make the mundane seem amazing, the grotesque beautiful and the forgotten prominent.  It's a theme that permeates their whole album and in this video I was desperate to focus on the beauty that can be found in a much derided area.

These are places where people live, families have grown and nature very much has a part to play in the landscape dominated by concrete and high rises. Myself, Matt Clyde, Adam Scarth and all at MPC busted chops to create these images, each frame with a specifically chosen aspect ratio to give the most beautifully perfect representation of the area.  Everything you see in these images is really there, nothing is added, it all exists, we just had to look at it differently.”

MPC Colourist Kai Van Beers explains the process, “This was a rare and special type of project as from the beginning Joe had a very clear idea on the look he was going for. It was important to capture everything in camera, but by using infrared the film takes on a dreamlike, otherworldly quality that is truly unique. It was our job to help him achieve this with lots of rigorous testing and R&D upfront on various types of footage shot on different cameras.”

Kai utilized his extensive technical knowledge through the grade to create a look to match Joe’s vision, and in the process revealed an Elephant and Castle many people wouldn’t recognize. 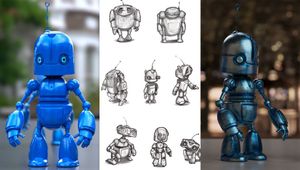 Mascots and Characters: What Bubl Can Teach Us About Giving Characters More Legs 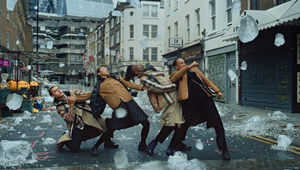