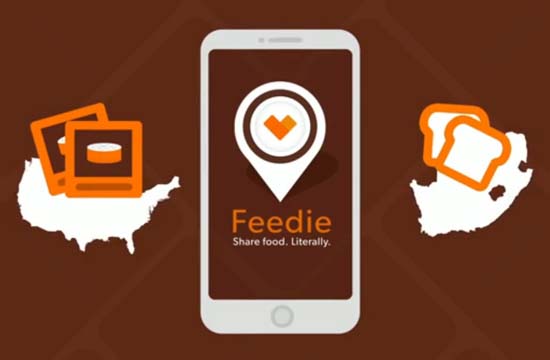 The Lunchbox Fund, a non-profit organization dedicated to providing a daily meal for orphaned and vulnerable schoolchildren in South Africa, introduces Feedie – the first-ever philanthropy app for foodies

Feedie, the brainchild of The Lunchbox Fund founder, Topaz Page-Green, and creative agency Tribal Worldwide in New York, taps into existing foodie behavior and current technology, inspiring foodies to leverage their passion for sharing photos of food to share actual food with those in need. The app was developed by digital production company, MediaMonks.

In collaboration with world-renowned chef Mario Batali, The Lunchbox Fund has partnered with some of New York’s most esteemed restaurants for its New York launch including Whitehall, Del Posto, Sen and The Spotted Pig among many others. Feedie users or “Feedies” can locate participating restaurants using the app’s map feature and are easily able to make an instant donation to the fund by simply snapping a photo of their meal and posting via the Feedie app. The app has additional features including the ability for Feedies to share their favorite restaurants and photos with other Feedie users and can choose to also share on Facebook, Google Plus, Twitter and Foursquare. By Feedies sharing their photos through these platforms they are becoming active philanthropists in their own right, spreading awareness and educating others about he importance of feeding schoolchildren who need it to focus on their education.

Food fuels a child’s focus, willpower and potential. With 66% of Americans eating out at least once a week and $1.7 billion being spent in restaurants daily, Feedie aims to capture a fraction of this capital and use it to feed hungry children, keeping their bodies nourished and minds focused on their education.

Feedie allows users to extend the goodness of food beyond taste, texture and Instagrammability, giving culinary appreciators the unique opportunity to use their passion for food for philanthropic purposes. Currently there are no foodie apps using their power for the good of others. The Lunchbox Fund will be the first to utilize this powerful sub-culture and harness its energy for good, allowing foodies a one-of-a-kind opportunity share their food – literally.

Feedie is available in the app store for free on the iPhone. Visit http://www.wethefeedies.com for more information on the app and fund.

"We've been really excited to see the up tick in downloads and participation for the Feedie app since we entered public Beta in September," said US President of Tribal Worldwide, Rich Guest. "And, we've been thrilled with the support from the restaurant community in New York City. It is clear that the Feedie platform will effectively connect Foodies and restauranteurs to help The Lunchbox Fund fulfill its mission of providing school lunches to impoverished children in South Africa."