The Luck of the Irish: Creative Optimism on the Rise in Dublin’s Ad Industry 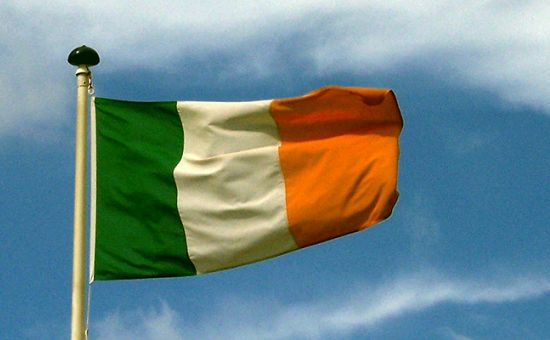 The Irish advertising industry has had a difficult, dark even, time of it over the past decade. While none of Europe was left unscathed by the last global financial crisis, the Republic of Ireland was hit particularly brutally. Spending, among both consumers and clients, flatlined. Some companies – notably Leo Burnett Dublin – were forced to shut up shop and others shed staff in a bid to stay afloat.

“The first two budgets to get cut by organisations in a downturn are advertising and training. So the impact of the recession on the industry was immediate and vicious. In fact, it was probably more severe than it needed to be: many agencies appeared to use the recession, at least in its early stages, as an opportunity for some ‘winnowing’,” says Ray Sheerin, managing director at creative agency Chemistry when asked about these tough times.

In a small market like Ireland, with a close knit community, the effects were felt keenly and those who managed to hang onto their jobs saw friends and colleagues suffer. Even today, in post-recession, digital boomtown Dublin, questions about the post-2008 crash are met with visible shudders, darkening expressions and chilling anecdotes.

“The work stopped. And it was difficult to be competitive, but also to make enough margins.   Most disturbingly, like other territories, we lost good people, good clients disappeared, and the creative became about the bottom line. It was sad to see so many good people leave an industry, broken, financially, and spiritually,” recalls Max Brady from production company Pull the Trigger. “It was also difficult to see others who worked in jobs where there was less creativity have their lives and homes destroyed.”

By comparison, talk of Irish creativity in 2015 is a far more optimistic affair. The rise of Silicon Docks, the influx of international talent to the city and increasing consumer confidence means that while creative and production budgets are not back to where they were, the gloomy clouds have parted. There’s an interesting statistic in IAPI’s 2015 census that demonstrates just how confident agencies are: in 2013 half of agencies surveyed predicted a decrease in turnover and in 2015 no agency did, and 81 per cent even predicted an increase.

“There’s an energy,” says Rothco’s Jill Byrne of the buzz bubbling up through the streets of Dublin. “Post-recession there’s such an energy and air of positivity, the restaurants are full again, Electric Picnic [an arts and music festival in County Laois] finished this weekend and there were 50,000 tickets sold and it was sold out since June. People are starting to spend again and I think what’s important is the can-do attitude that certainly exists in Rothco.”

The companies that have an extra spring in their step are the digital agencies and independent creative shops. The boom in digital spending and the proliferation of platforms shielded the digital shops from the worst of the recession, while independent agencies have been freer than their network counterparts to pursue clients and accounts outside of Ireland. Media agencies too have reason to be cheerful – media billings were up 6 per cent between 2014 and 2015.

There’s a concerted effort – led by the local advertising body IAPI – to turn Ireland into a real global creative hub. Inspired by the likes of Rothco, which this year had a massive push in Cannes with its Palais talk, Factor 50 Irish party and award-winning piece of work, IAPI has taken on the role of the local Lions rep and is pushing to encourage more local agencies to enter work into awards and engage more on a global level. After all, it takes more than one hot shop to make Dublin ‘a thing’.

“Because the Irish market is so, so much smaller it is, to a certain degree, a merry-go-round. If an agency loses a client it’s not like there’s loads of clients pouring into the Irish market, which is why Rothco and other agencies are making such a big push at Cannes,” explains IAPI’s Tania Banotti. “We want to take a leaf out of Amsterdam’s book, to prove that we are creative. We do well in other creative forms outside of advertising like theatre and literature.”

Irish International’s ECD Dylan Cotter even thinks that, devastating though the recession was, it gave local shops a much-needed push to expand their horizons. “One great outcome of the recession was that Irish agencies had to look farther and wider for new business. And we beat competition which would previously have intimidated us.”

In some ways the trials of recession have also left the survivors tougher and smarter and better able to compete with other markets. “If you’ve come up through that, you’re a bit more humble and a bit more hungry. For a long time you were picking up the scraps at the table and now, a lot of the time, we’re leading the conversation,” says James Dunne, Head of Strategy at In the Company of Huskies on their growing roster of global accounts.

Difficult though the transition has been, the hard times also birthed a new wave of leaner, hungrier agencies.

“We set up in the depth of the recession, which gives us a very different perspective,” says Boys & Girls’ managing director Patrick Meade. Setting up in lean times meant that the team didn’t have to get their heads around massive budget cuts, and while it was a ‘tough time to get business’, that baptism of fire has stood them in good stead now that the economy shows signs of recovery.

This new blood has left the landscape very much changed – but for existing agencies it’s also given them a renewed sense of energy and competitiveness. It’s also shaken up the creative output, says Dylan Cotter. “Some big agencies have folded, and some great new agencies have opened up. The list of top ten agencies now is very different to ten or even five years ago, no matter what criteria you’re ranking them on. That is really healthy; it provokes everybody into questioning themselves and doing better work.

“There’s also been an influx of creative talent from overseas in the last five years – from South America and mainland Europe, as well as the usual English-speaking countries. That’s also helped stir up the work, especially on the visual side.”

While the spirit of positivity is quite palpable, it would be a mistake to read that as naïve enthusiasm. The experience of the past decade has left the industry hungry for opportunity but aware of the perils of getting blindly carried away with itself.

The recovery itself has been far from linear and events both within Ireland and in the wider Eurozone mean that there’s a lingering sense of caution, explains Chemistry’s Ray Sheerin. “The recovery process is a little stop-start: a bit of a jump, then consolidation, then another little jump. There is a lot of nervousness about the EU and a little about the Irish General Election which is due at some stage in the next six months so there continues to be a tendency to underspend – both by consumers who are still hoarding, and by businesses which are underspending their budgets and projecting very cautiously.”

What’s more the spoils of the digital boom have not been shared evenly throughout the advertising community. While media agencies and digitally-rooted agencies have done quite well, at the other end of the process few of the production companies we spoke to had seen any substantial impact on their community from this ‘new money’.

“We did a commercial a couple of years ago for the IDA (Industrial Development Authority) Ireland aimed primarily at the US market and it was great to speak to them to get an insight into the tech hub Dublin had become,” said Sweet Media’s Emma O’Beirne. “As yet the presence of the major tech giants locally hasn’t had a noticeable impact on local TV commercial productions, but hopefully this will change moving forward.”

More generally production companies have yet to see budgets return to anywhere near the level they were before – but big production budgets have never been a common thing for Irish companies. According to Max from Pull the Trigger, it means that Irish production companies are particularly adept at surfing economic ups and downs.

“Having spent some time on our knees, like the rest of the world we are now back up and running. We are a production centre that reacts quickly, adapts rapidly to new technology.  What makes Ireland different to the rest of the world is that we run a very tight ship. Budgets have never been particularly high here, so as a result, most production companies run a very lean machine. We add as we need to, keeping overheads down.  It means that we can expand as we get busy, but downsize when pickings are lean.”

Another impediment to a smoother recovery in the Irish market is London’s looming presence. Many we spoke to raised the issue that creative agencies, particularly network agencies, lose out on the big campaigns to their big brothers over the Irish sea and that local production houses can sometimes be overlooked by Irish agencies, sending their work to be produced by UK-based prod cos.

Max from Pull the Trigger is fairly sanguine about it. “This will balance itself out in the coming weeks and months. I see that London is experiencing a surge in production and work right now. That usually means that the Irish work comes back home, we’ll see,” she says.

“And that is not to say that it isn’t fair game, that in an open European market we aren’t willing and able to compete in an international market. But it does seem to be a consistent problem, that our Irish clients tend to centralise into London, and then seek ‘Irishness’ in their creative. You could liken it to the whole abortion debate…an Irish solution to an Irish problem.”

According to Irish International’s Dylan Cotter it’s not a new phenomenon – plus Dublin agencies’ new found teeth and global ambition means that losing Irish work to London simply pushes them harder to get international. “I don’t think this is any more of a problem now than it was ten, twenty years ago. And it affects small countries everywhere. Global brands look to centralise their creative work for efficiency, then they begin to miss the benefits of locally created work so they bring it back, and so on,” he says. “It’s true that some big Irish brands have hired London and Amsterdam agencies lately. That’s fair enough, it’s just the nature of competition and it cuts both ways. Irish agencies are, for the first time, aggressively chasing and winning global business.”

A Creative Hub to Watch?

Despite some understandable caution and the challenges faced from neighbours like London and Amsterdam the overall mood is one of positivity. The worst is over and the creative community in 2015 is more global-facing and dynamic than ever before. A more aggressive pursuit of regional and global accounts, as well as the parallel development of Silicon Docks, means that Dublin as a whole is evolving into a truly vibrant city and an exciting creative hub. Watch this space.