Awards and Events 277 Add to collection

Winners will be announced on 3rd November 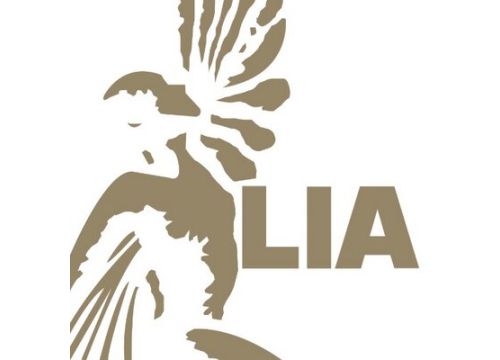 The shortlists for the 2014 LIAs have been announced in Las Vegas. Judging across the categories – including the ‘Branded Entertainment’ category, which is new for 2014 – took place from 3rd to 11th of October. Sixty hand-picked creatives between the ages of 21 & 30 years, were invited to observe the judging process and attend the ‘Creative Conversations’  from 5th - 9th October. Click here to view the entire shortlist.

There are a total of fifteen prize categories this year, overseen by eleven experienced juries each led by a high-profile Jury President. There were a total of 14,817 entries to this year, with 760 of them being shortlisted for an award.

The new Branded Entertainment category will award creativity and the power of the idea across films, television programming, live events, audio, gaming and music videos. It seeks to reward ideas that engage consumer by entertaining them, rather than through traditional advertising.

Jimmy Smith, Jury President of Branded Entertainment, says “This year was the first time LIA had an exclusive Branded Entertainment category. The jury and I put some extra mustard on the hot dog while judging this category, because we were charged with setting the tone for years to come. We were brutal, but fair. TV commercials posing as entertainment that could not survive in the world of Hollywood didn't make the cut. We didn't allow Branded Content work to disguise itself as Branded Entertainment. The bar and the criteria were extremely high.”

LIA ‘Creative Conversations’ once again took place in Las Vegas during the week of the judging sessions. LIA co-ordinated a week of education and enriching seminars, lunches and dinners filled with stimulating discussions centred on the experiences and ideas of the speakers in their respective fields, with the entire initiative funded by LIA. Sixty young creatives from around the globe attended the invitation-only event.

TV Jury President Warren Brown says “Holding the LIA judging in Las Vegas is something quite unique. Unlike the corporate feel of other shows this one allows the juries to relax, intermingle and swap stories and ideas in an environment that essentially doesn't have a handbrake. This made the judging process feel very open and honest.”

He adds “One observation was there were fewer mega budget block busters in traditional film compared to past shows and more well-crafted films of stunts but really the jury focussed on the important stuff, a brilliant idea or story that was equally brilliant in execution. The work that made the shortlist was exceptional, to get metal the film had to be outstanding.”

Richard Denney, Executive Creative Director at DLKW Lowe, sat on the Poster, Print and Billboard jury and says “This is my first time judging LIA and seeing it first-hand I have to say I am absolutely blown away with LIA's commitment to the young creatives. What I love about LIA is that it doesn't just celebrate the end result of excellence in creativity, it celebrates the whole process.”

It is the LIA’s mission to award creativity and the power of ideas in all forms of Advertising, Digital, Branded Content, Design, Production and Music & Sound.

Winners will be announced on 3rd November.