The Limitless Potential For Agencies To Create Products 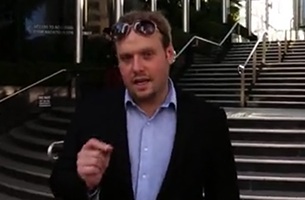 This year we’ll see the launch of the Apple Watch; the missing link to the collection of Apple products. Unlike Google Glass, this will be one of the biggest launches in Apple's history and I predict it will be a monumental success. One of the reasons is that Apple has its marketing down to a fine art, down to the extent that it almost looks effortless.

When Apple launched the iPad, it was the first time anyone had ever heard such a name but, three days later, almost everyone knew of it and the brand became a proprietary eponym. The other reason is that Apple is in a much better financial state now than it was when first launching the iPod back in 2001.

So what does this mean to brands, agencies and consumers?

We will see more brands doing co-branding deals with companies such as Nike, Gucci, Ferrari and Lacoste. We will start to see people paying for their grocery shopping with their watch. The watch will also become their gym-pass, their heart-rate monitor, their life-support and their gateway to the world of apps.

The opportunity for Apple is for more products. It has also opened the door of opportunity for creative agencies. We saw the Havas Group launch a MVP (Minimal Viable Product) with Durex Fundawear. This was a great media stunt and time will only tell if it lives up to the hype.

There are many obvious advantages in designing, manufacturing and owning products. Yes, you’ll need to organise distribution and, yes, it may take longer to see sales and reorders, or maybe in the West we don’t see manufacturing as a viable option with salaries being so high?

Perhaps, the despair of the unknown and the fear of losing is stronger than the opportunity of gaining. One thing is for sure - the Apple Watch is here to stay and we’ll see some amazing new advances coming out of brands that are integrating from the get go.

I would be open minded about talking to innovative agencies and brands about potential opportunities to integrate ideas from the very beginning.

I would also start looking at integrating apps through pedometers and wearables such as FitBit, which has about 68 per cent of the wearables market. This will be the year of the wearables and apps engage more data from more activity. However the gold mine in the AppStore was about getting there first.

Something I've learnt in business is often it all comes down to timing.