The Lessons of Super Bowl Advertising

Trends and Insight 341 Add to collection

Simon White, FCB's Chief Strategy Officer, on what we can learn from the success of Super Bowl ads 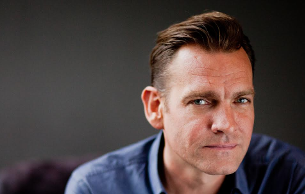 The most important lesson of Super Bowl advertising is that we’re all talking about Super Bowl advertising. Not just ad industry people, but real people in the real world. Articles are written. Votes are cast. Commercials are discussed, shared and sought out online. It is a unique moment in time, when people actually look forward to seeing commercials.

This is completely counter to how advertising is received the other 364 days of the year. That’s our problem. People are increasingly frustrated by and intentionally avoiding advertising. Twenty-six percent of U.S. Internet users now use an online ad blocker, up 36% from the previous year — and growing. The most common reason to drop a video-on-demand streaming service is too many commercials. A massive 73% of people find online pop-ups annoying, and they think the problem is getting worse. Residents in Clapham, London even clubbed together to buy all the advertising space in their local tube station and replaced them with pictures of cats. This is not indifference, it’s purposeful avoidance. No surprise, then, that according to a recent study by Field and Binet, advertising effectiveness has been steadily decreasing since 2012.

And yet when it comes to the Super Bowl, everything changes. Viewers actually look forward to the commercials. Viewers are quieter during the commercial breaks than the game itself. Five of the Top 10 most watched ads online last year were from the Super Bowl. For an industry that people increasingly want to avoid, what can we learn from these facts?

First, the main difference in Super Bowl commercials is that advertisers switch strategy. They drop the hard sell, rational information, super-segmentation and don’t focus on short-term ROI. Instead they set out to entertain. They move us. Make us laugh, cry or get angry. They get us talking.

Second, advertisers spend more time, attention and money on the production of Super Bowl commercials. At $5 million for a 30-second spot, no one is going to skimp on production. So the end result is a quality product that’s worth watching. This emphasis on quality is increasingly rare in everyday ads. We now have more ways than ever to reach people, placement costs have plummeted, and with them, the care and attention given to production. The result? People start avoiding the commercials.

Third, the Super Bowl ad is an event in itself, with full campaigns designed to increase online views, both pre and post the game. However, the main focus remains on driving attention towards the TV screen on game day. This is because the best business driver is TV. It is now getting stronger over time, but it works even harder when supplemented with an online presence.

And finally, Super Bowl commercials target a huge audience. Mass marketing works. Penetration is the greatest driver of business success, so targeting all category buyers is the best approach. Again from Binet and Field, targeting customers gave the lowest share growth and non-customer targeting slightly more, but the strongest share growth comes from targeting both.

For too long we’ve assumed people are interested in what we have to say. They’re not. The more we bombard them with cheap hard-sell commercials everywhere they look, the more they’ll avoid us. We must work hard for their attention, and reward them for it. So what’s the key lesson of Super Bowl? Create advertising that gets everybody talking!