The Last Decade Has Revolutionised Animation – But What Does the Future Hold?

Stephen Venning, Executive Director at Mill+ on why commercial animation has never been more exciting 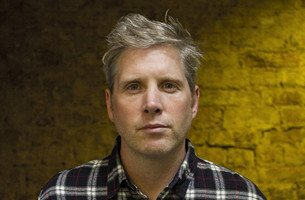 Those who know me would (I hope) support the fact that I am someone who extols the positive. Therefore, it’s my genuine belief that, budget issues aside, the future of commercial animation is extremely bright. This is because I genuinely believe that the artistry of CG animation in the commercial world has never been so good. The distance we have come in the last ten years or so has been staggering.

Back in 2001, I attended an event at Bristol University and, in hindsight, realised that I had had the pleasure of meeting Ray Harryhausen, one of animation’s forefathers and pioneers. Ray inspired some of the true greats like John Lasseter, Tim Burton and Peter Jackson, amongst many others. But I say hindsight as, although it pains me to say it, at the time I didn’t have the foggiest clue who he was! Okay, so I’m the heathen, how could I have met a genius that’s up there with Walt Disney and not realised? I mention this because I don’t think I was alone back then. Absorbed by post-production and advertising, I was oblivious to the craft of animation and its importance and power to tell stories. I think that at that time, our industry was naive to its potential too. Certainly, few foresaw the revolution in the CGI animation world that was about to happen.

But fast-forward to early 2015 and our appreciation for animation and those that inspired the industry has gone through the roof. The late 1990s-early 2000s marks a turning point for CGI. Pixar’s release of groundbreaking films such as Toy Story and A Bug’s Life, along with PDI’s (later DreamWorks) Antz and Shrek were all catalysts for a huge amount of change in our industry. CGI animation was effectively born, and the revolution that it created, in terms of use and abilities of CGI software and render technology, was to be immense.

Advertisers saw the potential of using CGI animation to promote their products and, while initially these animation abilities were only held by a few, we quickly began to see an array of brilliant commercial companies competing in the animation arena.

In the years between then and now, we have seen a complete evolution in the commercial animated CGI industry. It’s been amazing to be at the forefront of that journey at The Mill, supporting the emergence of so many great animators, whilst watching the level of work grow. For me, animators have had to be a little braver than other areas of the craft world, as their failures and successes are always so public. If the animation or the rendering isn’t quite right, there is a queue of people ready to point it out.

But, in many ways, that’s what’s made it so exciting – the challenge of achievability. Again, I’ve been fortunate to work with a number of incredibly talented artists that have been willing to jump in and say, “Yeah, we can do that”, even when they haven’t ever actually worked on a project like it before. Believe me, the reality is that they often start designing, building, animating and then rendering a CGI character or creature from scratch, and then to ensure that it has empathy, charm and personality, along with perfect photoreal rendering is no mean feat.

I joined The Mill not long after blanking Ray! Initially helping to produce CGI elements for largely live-action VFX projects, like PlayStation’s ‘Mountain’ and Nike’s ‘Next Level’. This is the work The Mill is so well known for. But the opportunity to help further grow our capabilities presented itself on the animation side. The question was, could we build a team that could do both VFX CGI and achieve more character-based animation work and, in turn, animated production?

More than a few moons on, we have achieved exactly that, and now have a reputation for creating both award-winning VFX CGI and full animation work. Our four studios (London, New York, Los Angeles and most recently Chicago) house an eclectic team of artists and great character animators, who create projects like ‘Texas Lotto’, Eviivo’s ‘My Way’, The Fableists’ ‘Epic Thread’ and do extensive work for brands such as Comfort, Domestos and Wrigley’s. Through Mill+, we promote our animation directors, including Ben Smith, Lisha Tan, Nicholas Weigel and Kwok & Ivo, and great experimental motion design animators like Clarice Chin, Carl Addy, Manija Emran and Bif, creating work for Burberry fashion shows and title sequences such as D&AD, Marco Polo and Playgrounds Festival. And let’s not forget the range of photo-real CGI animation artists creating creature work.

The standout job for us in 2014 was the 100% CGI photo-real orangutan we created for SSE, working with Frederic Planchon out of Academy and adam&eveDDB. But the breakthrough for this really came 12 months earlier on a Mill+ project for PETA, for which the team created a CGI photoreal chimp. We collaborated closely with BBDO New York and invested in this project that would move the goal posts in terms of CGI animation. Being led in house through Mill+, we were able to craft a compelling story and narrative, whilst also maintaining what was achievable through animation.

PETA went on to win the Cannes Lion for VFX in 2013 and then scooped the three main accolades for character animation and VFX at the VES awards in LA (the Oscars of the commercial VFX industry) for Best CGI Character and Best VFX. To date, it is The Mill/Mill+’s most awarded project.

SSE has just been awarded the same three VES awards for 2015. By anyone’s standards, these are incredible achievements and really represent just how far we have come in terms of CGI animation. Our friends at MPC have also knocked it out the park in the last year with their work on John Lewis’ ‘Monty The Penguin’, which was simply stunning. And Framestore are still able to wow the world with their work on Gravity, two years on.

Although software has undoubtedly improved vastly and aided the technical progression of animation – and of course, behind any great render, is a fantastic R&D team – I don’t think this is at the forefront of the leaps and bounds in which the industry has come. It is down to our abilities in terms of a greater understanding of the artistry of animation.

Animators have learnt to study and analyse the real world. They have learnt how to use their animation skills to create genuine CGI performances and tell stories, creating more empathy and humour within their characters; characters that we want to take home, characters we have real feelings for, characters that go beyond the brand they are advertising. It is that storytelling that really makes a piece of work resonate, that touches people emotionally, that becomes popular culture and that people love, talk about and want to share.

Passion’s fantastic Meerkats for Comparethemarket.com are a perfect example of this. And here at The Mill, we are huge believers in storytelling – technical ability, VFX and animation are only as good as the story they help convey to an audience.

The CGI animation industry has now come of age and is at a point where it can do relatively anything. We can all scale new heights and take on more challenging projects, hence my starting point that I honestly believe the future could not be any brighter!