The Kids In This Target Ad Really Love Star Wars, and It's So Cute 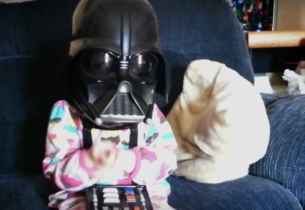 You’d be hard-pressed to find any kind of media franchise with more loyal fans than those of Star Wars. From generation to generation, many of us have had at least some kind of connection to it, often from our youths.

Target’s latest campaign, created by Deutsch LA, is a purely joyful celebration of children’s love of Star Wars and the merchandise that tails it.

An online site that allows fans to share their own Star Wars stories has also been launched. ‘Share the Force’ has fittingly been dubbed a ‘galaxy’ of memories and is being updated daily with content that’ll apparently be permanently archived at LucasFilm.

The Star Wars merch that the campaign is promoting can be purchased from September 4th.