INFLUENCER: The freelancers and young talent are leaving adland, and it's all your fault 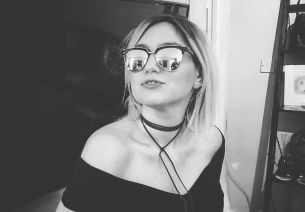 Hey adland bosses - cheers to the 1st quarter profits - amazing! Whoops, though - something’s happened while you were busy and I thought I’d nominate myself to be the one let you know…

While you were driving your Audis to and from the train station to hop on your gruelling 45 minute commute into town, the freelancers down here on the ground have decided to up and move away! They are 32-years-old and, after eight years, just can’t cut it anymore - so they’re moving back home to Nottingham to live with their parents. Call them chicken, but they just can’t stomach living with three other people who are also disenchanted and disillusioned in a shitty apartment with no clear end in sight.

And it’s not just the freelancers. It’s full-time, salaried kids too. And are they still kids? Not really. They don’t feel like kids anymore. They’re getting fat in places they never were before and can’t really party as hard as they used to. They not only would like some fresh air and a garden but, also, long for a wife or husband - not to mention the audacity to want a baby or even get a dog like their peers in other industries seem to be doing.

And, sure. They are a generation of snowflakes, right? I’m not talking about the Parkland kids who are 17 and angry, I’m talking about the DSLR kids. The ones who order too much Deliveroo and (god forbid) like to eat smashed avocado on toast.

The housing market is insane - can I get an AMEN? Don’t worry - that’s not your fault. I mean, it’s not like you were on the ladder by the time you were 35 in London (or maybe just outside of town?)  And you aren’t the ones renting a two bedroom in Clapton or Streatham out to young people for £800 per room. And they aren’t sharing that room with a boyfriend or girlfriend with whom they really have no connection and nothing in common except for the fact that dating now is only done through an app and it’s become a necessity to move in together prematurely simply to be able to afford to live in the city where they have to live in order to do the job that they set out to do almost 10 years ago (and for which they are still paying down student loans for that film degree from Bournemouth).

So if you aren’t to blame for the cost of living in London being unaffordable, how about the wages?

I was never great at maths, but when a house costs somewhere around £500,000 and it’ll take the average 30-something in the ad industry every penny of two or three times their entire yearly salary to put down even enough for the down payment, why keep doing it? The kids coming out of film school now aren’t going to stand for it because you’ve taught them better! They might be lucky enough to have parents who are high paid leaders in the advertising industry and they know what they’re worth and what it means to have an education. They aren’t the DSLR agers who got a Canon 5D at 16 and who were able to, for the first time really, make something great without any help from anyone else.  (You know the ones - you were super excited when they came along and it meant you could get way more bang for your buck after the recession hit… you even used their ideas from music videos they made at a time before all videos were sponsored by Beats.) These new kids are the YouTubers who know how to code in Python and don’t stand for BS because they don’t believe anything is true (and why should they?). They hate ads and they skip through them.  And, in the wealth of knowledge they have at their fingertips, they have access to knowing what other people are being paid and will be appalled to find out that it not only isn’t equal, but it, also doesn’t add up. They didn’t grow up in a time when the whole family sat around the TV and had to sit through commercials in order to see what was on next - they grew up with Netflix and Amazon (don’t even mention TiVo because they’re even too young for that.)

I am 30-years-old and own a business with my husband and I’m doing okay...  But that’s only because we’re agile and smart and can do the jobs of all facets of the industry under one rented roof. And we’ve been really lucky. But we are also being made to bid against in-house production at agencies who take our ideas and estimates that are already lower than you could even imagine and then undercut them (I can’t count the times I’ve been laughed at by rival agencies of the jobs I’ve just finished when I told them what we did it for - and it happens in a circle every time - but it seems the only one in on the joke is me).  And I’m sure there’s something being done about this somewhere. Maybe if I wait by the phone...

We’re Mad Ruffians - we’ve gotta be, right? (I’ve got a tattoo on my side to prove it.)  We are constantly learning new technology, doing each job in the assembly line ourselves, and we still believe in the creative - but why? We can’t even seem to hire the talented freelancers we know because we can’t afford them on the budgets you’re giving us and, also, because they aren’t here any longer. They’ve moved home! They’re working for their parents and living in their childhood bedrooms and, if I can’t find them, then you have no hope.

So, while your massive infrastructures are teetering but you still submit for awards, we’re finally wising up. You could call it giving up and whining, but I don’t think it’s that. You’ve got families.  You’ve got homes. You’ve got fancy cars to get you to the train station and we’ve got diddly squat. So, we’re gonna take our cameras and our computers and move to Bali or back home to Dorset and make the nice little films we always wanted to make. And unless those who have the means make a huge and conscious effort, STARTING RIGHT NOW, to make a change by paying better (even IF your budgets are lower and it means dipping into those profits) or investing in young(ish) people better (up to you to figure out how,) you’re not going to reap the benefits of having those great ideas only fresh minds can conjure. You aren’t going to be able to shoot three spots in one day plus all the post production for one big laugh. You aren’t going to have a great film that is still great even cut down to six seconds and reformatted to every imaginable aspect ratio.

But maybe that’s okay because your kids won’t watch them anyway and you’ve got petrol to pay.

Thinking Of Buying An Oculus Quest 2? Here’s All You Need To Know
Sir John Hegarty on the Future of Talent: “Your Own Black Book Has Become A Very Limiting Way To Find The Right Person”
“Pyramids Are Tombs for Talent”
Jessica Alba and Zac Efron Take Action in Spy Thriller Trailer for Dubai Tourism