P&G team up with Campaigns & Grey in the Philippines 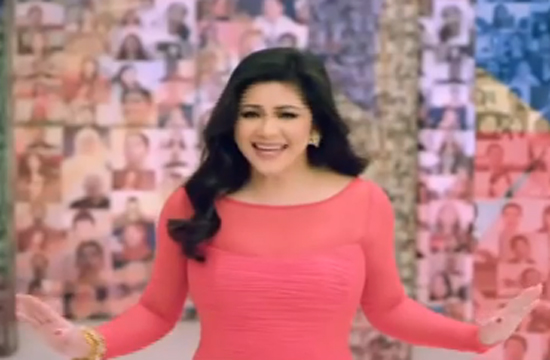 “For a New Philippines all must be as one!” is the call made in “The Kayanihan Project” conceptualized by Procter & Gamble Philippines and Campaigns & Grey in answer to President Aquino’s message to Filipinos to unite in positivism and contribute to a national project for continuing progress.  The campaign launched on 20th September, involves two components: a music video that aims to rouse national pride and mold a strong and upbeat national psyche and an initiative to enable Filipinos to display the bayanihan spirit.  It harnesses the power of crowd sourcing to enable the participation of the broadest range of Filipinos across sectors to producing the first music video co-created by the Filipino people.

Public optimism is at 75%, the highest level reached in the last 30 years as Filipinos realize that they are at the threshold of a Philippines that they can all be proud of: analysts predict that Philippines will outperform the region and enjoy another year of strong growth momentum in 2013; President Benigno Aquino III is one of Time Magazine’s top 100 influential people of 2013; a sovereign credit rating upgrade and some headway against corruption.  However, there are still many challenges ahead that could reverse the gains such as devastating natural events, political scandals, factionalism and crab mentality.  To avoid premature complacency from setting in amongst Filipinos, there was a strong need to encourage a positive national psyche that would help them rise above the challenges to get closer to their ideal Philippines.  Please view the story Behind the Kayanihan Song: http://www.youtube.com/watch?v=6_UQwKw2P8c.

As Filipinos are famously known for their musical talents, music was the natural selection to help strengthen social bonds.  Using the melody of “Kay Ganda Ng Ating Musika,” the public was invited to contribute lyrics that express how they feel their lives are better today.  Ryan Cayabyab, Regine Velasquez, Gloc 9 and Itchyworms collaborated to create a new song from the entries.  A fresh arrangement was applied to the music to make it current and more inspiring.  Next, the public was again engaged to send photos and videos of themselves singing the song.  Contributions were edited into a seamless music video featuring Filipinos from all walks of life – together with artists and celebrities, and representatives of government, business, civil society and special sectors – singing the same song.  Thus, the treatment itself is part of the message of the campaign.

Airing of the music video will be coordinated by the Ad Foundation and made possible through relay sponsorships.  Corporate and other donors are being tapped to help keep the campaign going.  Again, in this aspect, the campaign is fueled by cooperation and collaboration creating a platform for people to continue contributing in their small way beyond the life of the campaign.

The melody of the song is upbeat and catchy, and stirs national pride.  The visuals give due credit to the wide range of people who participated in its production, from ordinary folk to very prominent public figures.  The music video will be aired on major networks and can also be viewed on the Kayanihan Project’s YouTube channel and facebook page.

The Kayanihan website and social media accounts, administered by the Ad Foundation will serve as “good deeds” trading sites by matching needs to solutions.  Organizations, communities, groups and persons can post calls for help which others can respond to.  For example, a community day care center could find a corporate partner through Kayanihan to help them provide toys and other materials to the children they serve.  The beneficiaries of a charity organization could get entrepreneurship training from a professional who is willing to volunteer a few hours a week to teach them.  The possibilities are limitless.  The envisioned result is a mass of groups and individuals doing their own small bit for nation-building, united regardless of geography, religion, politics or ethnicity.

The term Kayanihan is a combination of bayanihan, the community spirit that is a defining aspect of the Filipino culture, and the “Kaya Natin” attitude, the resilience to weather difficulties.  Yoly Ong, chairperson of the Campaigns & Grey Group, explains, “The Advertising Foundation of the Philippines is harnessing the members of the advertising industry to get the participation of as many advertisers as possible.  We are very grateful to P&G for being the first to take up the call, and are delighted that others are coming on board as well.”

Jun Nicdao, chairperson of the Ad Foundation, added, “This project is open to all who have a stake in the continued development of the Philippines.  The Kayanihan Project is crossing the lines between rival businesses, and political and social affiliations.”