Trends and Insight 161 Add to collection 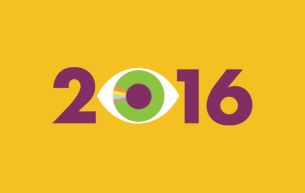 Over the past four years, the Institute of Advertising Practitioners in Ireland (IAPI), the trade body that represents ad agencies across the Emerald Isle, has conducted an annual survey of its 54 members to reveal a fascinating snapshot of Ireland's Adland.
An impressive 93% of IAPI member’s responded to the survey, and here we breakdown some of the data and key findings that the research has revealed.
For the full list of participants, click here.

Like many industries in Ireland and beyond, the staff turnover rates remain high. The census reports that, “We’re in a constant state of flux,” and over the four years the research was conducted, “305 people moved jobs while 435 people were hired.”

However, despite the continuing decline of the number of over 50s employed in the industry, this youthfulness may be partly responsible for a “skills gap” that as many as a third of responding agencies claim exists in the industry.

Ireland's advertising industry is beginning to spread its wings further afield, and IAPI can report that  "9% of all employees are EU (non Irish) or international." Broken down further we see that 5% of advertising professionals surveyed come from within the EU, with the remaining 4% hailing from the rest of the world.
Growth

"Employment in IAPI member agencies stands at 1,774, the highest since 2013," claims the census. However, despite this growth in members, the census also reports that, “Income for creative agencies has dropped by 14% between 2014 and 2015 reflecting a number of trends perhaps: international creative campaigns which are only adapted for the Irish marketplace, as well media owners and media agencies creating more content for clients. However, by contrast media billings are up 10%. (This is based on direct agency comparison with those completing the survey last year).”

The IAPI also assess the gender balance of the industry every two years, and in 2015 discovered that “while the industry is completely balanced 50:50 in overall numbers, women make up 18% of those in CEO/MD/Managing Partner level.” Despite this gender imbalance, the IAPI can announce that, “this has risen 6% since 2013.”

Levels of optimism in the Irish economy have been low ever since the recession, but the IAPI claims that the tide is turning. The census states, “There has been a very significant change in the levels of confidence. The shift in the four years we’ve been doing this research is dramatic. In 2013, the first year of our research, nearly half of all agencies predicted a decrease in turnover. In 2016, no agency has. In fact, 74% feel turnover in the industry general will increase.”

Positivity and confidence are certainly two themes that run through the IAPI census, but the organisation is well aware of the future challenges to growth. “Given the level of staff churn and changing skillset needs of agencies, finding and retaining talent this is a constant challenge,” concludes the census.
To see the IAPI’s Industry Census in full, please click here.
view more - Trends and Insight