The IPA Bellwether: Signalling a Sea of Change in Advertising Strategy 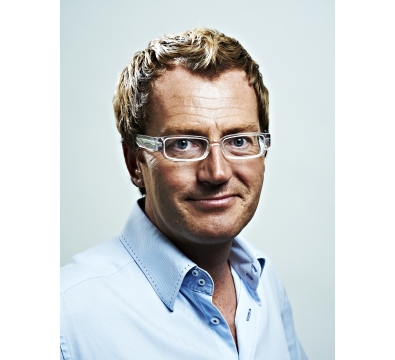 The latest iteration of the IPA’s Bellwether report continues to reflect the buoyant nature of our industry. Since 2013, pretty much everything has been up: prospects for the industry, prospects for individual companies and, in response to this, marketing budgets. But dig a little deeper into the sectors which these budgets are supplying and it reveals a growing and important trend in modern advertising campaign structures.

The myriad communication platforms we have today create a knotted and often confused picture of when, where and how people engage with advertising. While it has never been simple, at least in the past there were certain media that you could rely on: TV, print, direct mail. But through social media, mobile and online advertising and a ballooning growth in digital ATL, the points at which people come into contact with advertising have increased dramatically. The skill in such an environment is not in mastering one of these channels but in understanding how each are used, the emotional reasoning behind an audience’s use of them and, most importantly, delivering a campaign that resonates with that audience. Looking at last week's Bellwether results (as well as the last one or two editions) and where spend is going I would suggest that the industry has finally begun to grasp this.

Spend in all areas of marketing that aim to engage an audience above and beyond utilitarian price deals has continued to increase. Not just an increase in digital or ATL, but in all areas. PR, DM, events. This reflects a growing appreciation for the wider picture of a marketing campaign and an understanding that consumers don’t care about the platforms that they buy from. Here’s an example: Someone may briefly get involved with an event or installation on the commute home and then, when browsing Twitter on a tablet back at home, spot a promoted tweet related to the activity, resulting in action. Such signposting is crucial in a world where the vast amount of messages from brands – be they commercial or those that people curate for themselves on social media – drown each other, resulting in inaction and loss of message.  Intelligently placed content acts as reminders of why they took notice in the first place, helping to cement a message, ignite an emotional response and spur an action.

Yes, measurement of engagement is a lot trickier. Tracking customers through this journey is a very tough ask, but, in the end, if client numbers go up you’ll know it’s worked. Given we’re spending more on advertising every quarter and consistently revising budgets upwards, this sharp and precise use of marketing platforms is exactly what our clients deserve.