James Harden challenged the web to a digitized playground game 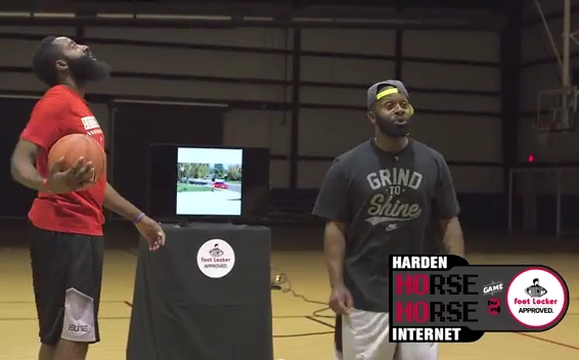 Fans were invited to submit short videos of themselves shooting crazy and creative shots through Twitter and Instagram to @footlocker with #horsewithharden.  Then, on October 1st, the best shots were re-created by James Harden and tweeted back out through Foot Locker's Twitter feed.  Fans of @footlocker could watch the event unfold online over the course of several hours.

In the end, James proved victorious by beating the Internet two games to one.