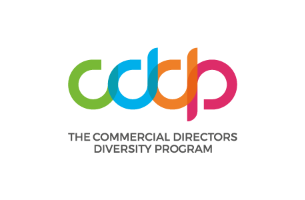 CDDP is a joint effort between the Association of Independent Commercial Producers (ACIP) and the Directors Guild of America (DGA). The program seeks to increase the number of women and minority directors in the commercial directing ranks. Via its Showcases, CDDP connects directors with AICP member companies in the hopes of fostering relationships that will lead to representation. Additional Showcases will be staged throughout the year. CDDP Showcase #1 attracted 122 entrants. “We are delighted with the number of entries we received for CDDP Showcase #1, and by the talent displayed by the so many of them—especially the 13 featured directors that were identified by our judges as being ‘ready for primetime’”. This program aims to bring diverse talent such as those showcased at the screening to the attention of the industry, and jump-start their careers,” noted Matt Miller, President and CEO of AICP. “We hope that through the event and the website each will find representation with a production company and achieve much success in commercials.”

Information about future showcases will be made available at cddprogram.org.