The Immediate Future: Why Influencer Marketing is Growing Up Fast

Ria Campbell ,  Head of Content at Southpaw, reveals the reasons why she believes influencer marketing is on the up 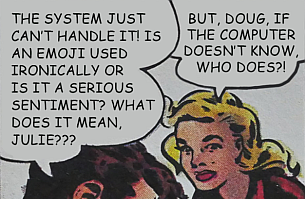 Influencer marketing is growing up, fast. As a result, many industry insiders and observers are asking: what next? To answer this, brands and influencers wanting to cultivate brand partnerships over the longer term must understand and get to grips with authenticity, personalisation and consumer experience — three of the most important considerations for any brand in today’s marketplace.

Already, influencer marketing has rapidly changed. As prices have come down, it has become more affordable. And thanks to adjustments made by the main influencer platforms — Facebook and Instagram — smaller influencers are deemed by many to be more effective than the so-called ‘big name, big reach plays’.

For a start, influencer marketing is becoming more standardised with brands increasingly using self-serve ad tools providing creative assets to influencers to post on their own social platforms. This, in turn, is moving it towards being more of a platform-style publisher relationship. There is also a growing emphasis on price and brand safety screening and, as a result, a growing number of brands choosing to work more (and more closely with) fewer influencers — in the case of 58% of respondents to the same US survey, fewer than 25.

Finally, there is a shift underway in the way brands pay for influence. While 30% are still paying influencers per posts based on a cost per engagement metric, 62% are paying in more all-encompassing ‘brand ambassadorship agreements’ where the influencer talks about the brand in a positive way, according to the ANA.

For others, new forms of scalable tracking and influencer marketing measurement will be key. This means investing more in proper software to track content — impressions, clicks, shares, re-pins, page views and so on — to measure and predict influencer success[v]. And this, in turn, will enable influencer and brand to better deliver on consumers’ expectations of transparency and authenticity.

Moving forward, however, all brands and influencers will need to understand and get to grips with authenticity, personalisation and consumer experience if they are to cultivate brand partnerships over the longer term.

Brands such as Primark and HomeSense are just two of a growing number now moving away from pay-per-post transactions with influencers towards longer-term influencer relationships. Consumers’ preference for authenticity is an important factor driving this. Consider, for example, the rapidly-growing follower numbers for YouTuber Stefan Michalak who with his wife, Hannah, has produced a highly personal weekly vlog series since 2013 charting their growing young family. The personal nature of this content and its high-quality production values have attracted fast-growing follower numbers and on-going brand partnerships with companies including Virgin Holidays, HP, Danone and the National Trust

Consumers’ desire for customisation and personalisation are also driving new approaches and behaviours — notably, in the beauty sector, although this is a major trend set to spread. For example, Skin Advisor — a recently-launched skincare app from P&G’s Olay — analyses the user’s skin, asks questions about skincare habits then suggests products to help improve texture, hydration and tone of face. It’s the kind of personalisation beauty consumers are now coming to expect and, when allied with a click to buy function, paves the way for a new, more transactional form of follower/influencer interaction.

Increasingly, influencers will tap into the trend of greater shop-ability via social channels, closing the gap for consumers between being inspired and making a purchase — following the lead set by Kylie Jenner, who built a $420m business to rival Lancôme’s in sales in just 18 months (rather than 50 years) selling lipstick via Snapchat. Already, the swipe-up function on Instagram, Instagram Shopping and Instagram Stories is condensing the customer journey and further opportunities for brands and influencers will arise as this trend further grows.

Expect attention to also shift beyond today’s widespread pre-occupation with micro- (or nano-) influencers valued for their perceived deeper engagement than those with larger followings. Understanding will mature to the point that the subtler benefits of other forms of association — with activist influencers, for example — will be better understood and more deeply valued. For example, Refugees Welcome, a non-profit organisation that helps Syrian refugees find homes in Europe and Canada, created a powerful YouTube campaign to tackle refugee prejudice in Germany, called “Search racism. Find truth”. Championing 9 refugees to front the campaign, including Faris Alshater a passionate Vlogger, Unskippable YouTube Pre-Roll ads were used to target hateful videos, alongside their social channels. Resulting in widespread media attention and support from politicians in the German Parliament.

As brand/influencer relationships are increasingly seen as subtler and more nuanced long-term partnerships rather than short-term transactions, influencer marketing will move further upstream in brand marketing strategies — which can only be a good thing for all concerned.