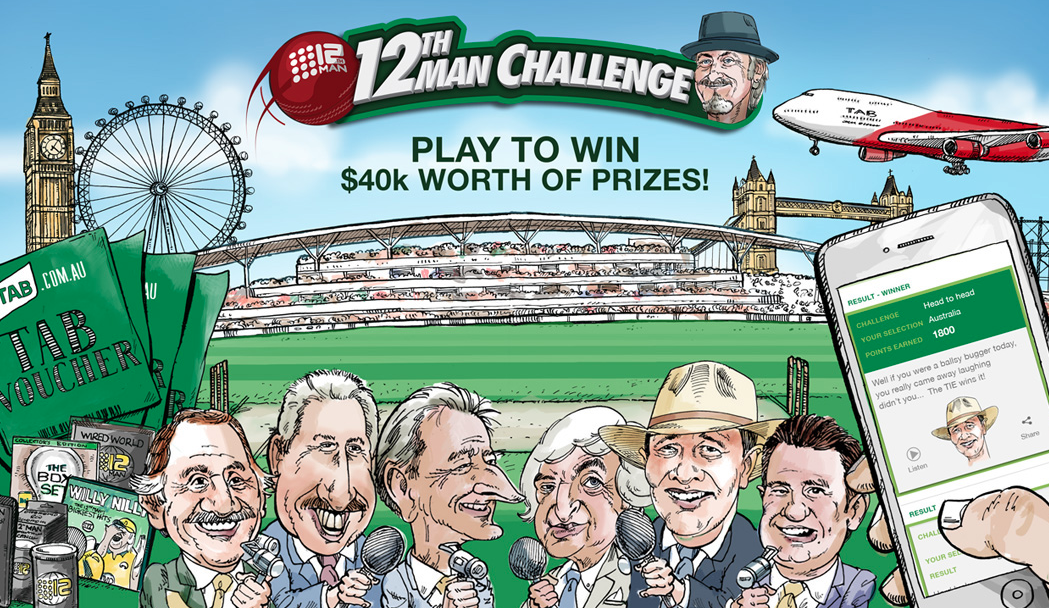 The challenge comprises a number of promotions throughout the Cricket World Cup, including all of the finals matches with a range of prizes and over $40,000 up for grabs.

The players with the highest scores at the end of each innings will win a TAB account top up or TAB Rewards points as well as 12th Man merchandise, plus the lucky punter that tops the Cricket World Cup Final leaderboard will be off to London with a mate to support the Aussies.

Users can also listen to some of the 12th Man’s hilarious classic commentary.

Will Riley, co-founder and managing director of The Idea Shed, said: “As cricket and 12th Man fans this has been a great project to partner with the TAB on. We’ve been able to incorporate the latest real-time web technology to create a really fun, engaging game that adds an extra dimension to live World Cup viewing.”

Tracy Marshment, TAB wagering’s GM marketing added: “Second screening has become an integral part of watching live sport and we saw the opportunity to partner with Australia’s favourite cricket commentator, Billy Birmingham, as the perfect fit for the World Cup."

Players simply visit 12thmanchallenge.com.au to register via email or Facebook and play, plus they can score 100 bonus points by referring friends to take them on.