The Hunt for Pablo Escobar Begins in Paris with Biborg 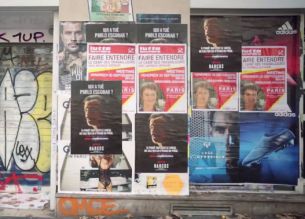 To promote the second season of the hit series Narcos, Netflix and agency Biborg covered the walls of the Paris metro station Opera with posters that retrace, in chronological order, key facts and dates in the life of the series’ hero Pablo Escobar, from 1982 to 1993. In the centre of the overwhelming display is Escobar's portrait and the tagline "La traque de Pablo Escobar a commencé". (tracking down Pablo Escobar has begun).

The installation was up from Sept. 7 through 20th.