Heckler-produced film cooling the heat on asylum seekers in Australia 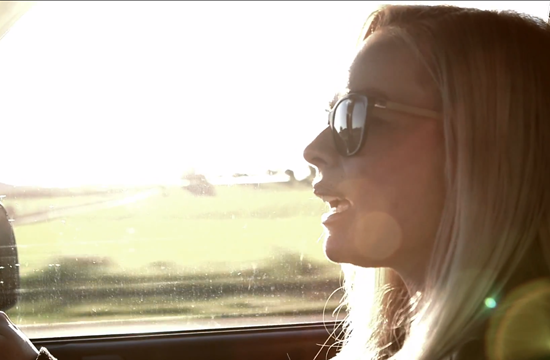 On Monday night, celebrities, journalists and a host of Sydney’s movers and shakers attended a red carpet film premiere with a twist.

The Hot Potato - The Road to Transformation is a deeply moving and ambitious documentary. Following the journey of a hot potato food van as it travels around Australia on the eve of the 2013 federal election, on an education and awareness campaign about asylum seekers and refugees.

Not only has this become the biggest 'hot potato' in Australian politics, it is a polarising issue on which everyone seems to have an opinion.

The public awareness project aims to fuel national opinion with facts not fears and start millions of conversations to address the myths perpetuated via the media and political rhetoric. The journey uncovers an overwhelming sensitivity to the humanitarian needs of asylum seekers, 'the world's most vulnerable people', and a strong desire to redefine our national character in the way we look after them.

The film was followed by a vigorous Q&A session and there is no easy solution to this situation. However judging from the level of enthusiastic conversation following the exclusive screening, the film shows an honest snapshot of an Australia eager to move forward - a road to transformation towards an opinion we can all be proud of.

The film is now online to watch and share (and beneath). This is not the end of a campaign – it is only the very beginning.

"This is an important film about a complex and emotional issue. Moving, challenging, powerful and ultimately uplifting" said Brian Nankervis (SBS Rockwiz)

"A novel and engaging contribution to a debate that in recent years has, on both sides, become bogged down in slogans and ideological barking. The Hot Potato deserves big points for asking that bluntest of questions - why don't we like refugees? - and deserves to be seen for its attempts to point a new, more personal way forward" from Chris Taylor (The Chaser)

Mark Seymour (Musician, Writer) commented "The Hot Potato goes to the very heart of one of the most defining issue in our nation's history: Australia's treatment of asylum seekers. And the news is good… it is warm, funny and deeply incisive. The conversion of Reg the driver, from sceptic to advocate is truly magnificent. There may even be a song in it! I recommend this doco to anybody who feels confused, threatened or fearful about what "stopping the boats" really means. If you're looking for answers - there all here"

With Indira Naidoo (ABC Journalist and presenter) noting that "This documentary explodes myths and challenges prejudices. It puts some much-needed heart back into the asylum seeker debate"

With note to the kind donor who made the Hot Potato possible: Musician Mark Seymour and Actor John Jarratt