The High Tech at the Heart of Viral Hit, “Love Has No Labels” 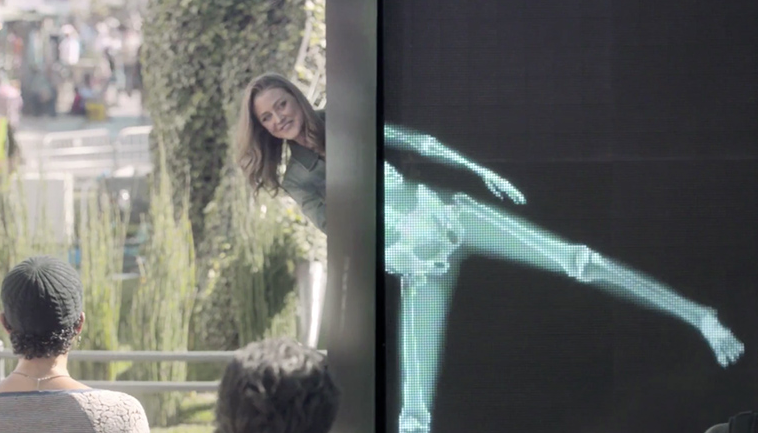 By now you’ve probably seen the viral ad, “Love Has No Labels,” which was released this week by the Ad Council and has quickly gained over 50 million views online, blowing up Facebook and Twitter feeds all over the world.

The ad was created by our production company, Persuade Content, and filmed live in Los Angeles, CA, just this past Valentine’s Day. In the past four days alone, it has been covered by Adweek, AdAge, Buzzfeed, PopSugar, People Magazine, US Weekly, and the Huffington Post, with interest continuing to grow. While the ad’s emotional effect has been undeniable, there’s another side of the story that has yet to be told: how’d we pull it off?

To create the compelling images of X-Ray skeletons stepping out from behind a screen to reveal their diverse personal stories, Persuade Content’s team harnessed a custom-made Motion Capture system, courtesy of the experiential director Mindride.

Director Danielle Levitt and her crew then captured the resulting performances and the incredible effect it had on the audience who gathered around, turning that installation into the touching final video that is sweeping across the web right now.

These human movements were then streamed in real-time to a rendering computer which animated our custom-designed 3D skeleton avatars, which were then broadcast live on an LED screen. In addition to the mo-cap, we augmented the gestural nuances of the performers’s hands and jaws with special midi-controllers to dial in the human-ness of the skeleton avatars.

The result was a totally live, real-time, magical, X-ray experience that highlighted the nuance and individuality of each performer.