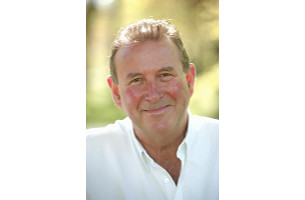 The Gunn Report has this week added 35 new mini-case studies to Bullets From Gunn on their website.

Bullets From Gunn is a collection of rapid fire mini-cases highlighting the business results of the most famous campaigns of our day and age from everywhere in the world.  They provide compelling evidence that virtually all of the work our industry admires, applauds and awards the most is also highly successful in doing its job in the marketplace.  Over 200 mini-case studies from 2007 to 2015 are showcased to date.

Commenting on the new 'Bullets', Donald Gunn, Founder of The Gunn Report says, "Whilst our primary function in life is to identify the best new advertising in the world each year, and to identify who is doing it, and to celebrate both, we also want to be known for our championship of effectiveness.  Cases in point on our website include The IPA/Gunn Study (based on combining the IPA Effectiveness databank and The Gunn Report Creative Awards databank), Cases For Creativity (authored yearly by James Hurman) and Bullets From Gunn."

The 35 new case-stories are for a diverse range of advertisers; are from a wide variety of agencies, both networked and independent; and are from a wide spectrum of countries: Australia, Brazil, Canada, China, France, Germany, India, The Netherlands, Pakistan, Serbia, South Korea, Spain, Sweden, Turkey, United Arab Emirates, United Kingdom and United States.

"It seems to be a case of 'See It Here First'," added Donald Gunn.  "We predict that nearly all of these 35 new 'Bullets' will be winners in the regional and national Effie Shows of late 2015 and spring 2016.  Indeed 8 of this year's 14 Cannes Creative Effectiveness winners were added to Bullets From Gunn this time last year."

View the list of 35 new Bullets From Gunn here.