The Gunn Report Returns to Adfest 2014 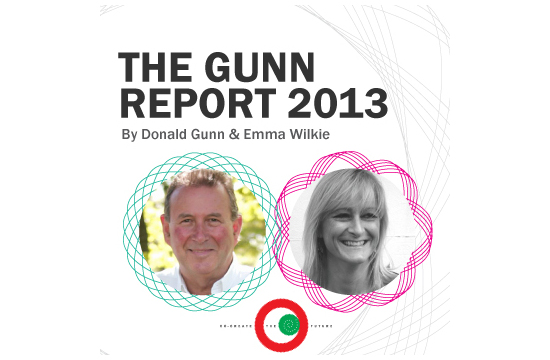 Kicking off Day 2 of ADFEST 2014, Donald Gunn and Emma Wilkie return to Pattaya to present “The Gunn Report 2013” in a world premiere presentation of the latest league tables and winners.

The Speaker Session will reveal the top performing agencies and production companies of 2013, lavishly illustrated with a showcase of the world’s most defining ads of the past year.

After retiring from Leo Burnett as its Director of Creative Resources Worldwide, Gunn created the Gunn Report in 1999.  The Gunn Report is now a key measure of creative excellence in the advertising industry globally.

“This is one of the strongest years ever in the history of The Gunn Report based on the ingenuity of ideas. The Gunn Report 2013 sets a benchmark for creative innovation, and we’re delighted to share it with delegates at ADFEST first,” says Wilkie.

Donald enjoyed a 36-year career at Leo Burnett in London, South Africa, The Netherlands and France, and was once dubbed by AdAge as “the man with the best job in advertising”.

Wilkie started her career in the Creative Department of DDB Needham Worldwide (now Adam&EveDDB London). She was also a scriptwriter for satellite television programme European Business Weekly, and has been Donald’s collaborator and co-presenter of The Gunn Report since January 2003.

The Gunn Report online research database and library www.gunnreport.com was launched in 2011.