Deadline to enter the sweepstakes is Wednesday 24 June 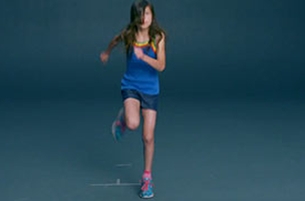 The Gunn Report, the global index for creative excellence in advertising, has today launched its Cannes Lions 2015 Sweepstakes, a contest predicting commercials that will win a prestigious Film Lion or Film Craft Lion at the forthcoming Cannes Lions International Festival of Creativity, taking place later this month.

Out of the 5,000 plus Film and Film Craft entries submitted this year, less than 200 are expected to win a Lion trophy. The Gunn Report has identified 20 commercials from around the world that could potentially win a Film or Film Craft Lion on Saturday 27 June.

To participate in The Gunn Report's Cannes Sweepstakes 2015, contestants can view the 20 commercials identified by The Gunn Report as potential Lion winners, which are featured on the www.gunnreport.com homepage, and for each ad, make a prediction on the contest form: No Lion (Gunn Report wrong) or Bronze or Silver or Gold; and for one of them Grand Prix - if an ad on the reel is worthy of this accolade.

Deadline to enter into The Gunn Report Cannes Sweepstakes 2015 is midnight Wednesday 24 June. The 5 highest scorers will each win one year's free subscription to www.gunnreport.com (normal price $450/£295), or where a winner is already a subscriber, free Gunn Report Books for 2 years (same value).