The Gunn Report for Media's 2013 Rankings 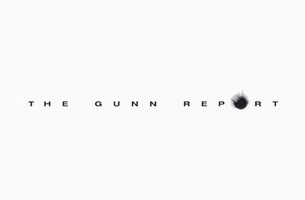 The Gunn Report for Media, the global evaluation of media creativity launched in 2004, has today released its new report. It has combined winners' lists from the world's most important award contests to establish the only global 'league tables' for the communications industry.

The report covers several categories, including:

- the most creative  agency network

- the most creative holding company

- the most creative campaign and

- the most creative advertiser

“The context in which marketing is taking place is changing dramatically.  Advertisers are fighting against an increasingly competitive and tough business environment where ROI is vital. They are also faced to customers, who are very unpredictable, expect to be surprised and entertained, and are more and more influenced by their friends and networks. They want to participate, share and collaborate as never before. Because of technology, the means of production and the channels of distribution have been turned over to the masses. Every single one of us has access to a potential audience of millions of people on social media channels. Consumers also want to control and dictate when, where and how they are communicated. They want a dialogue and a real conversation, whatever the platform is: banners, posters, press or TV ads, YouTube, Facebook, Pinterest, Instagram, Google, Twitter…,” said Isabelle Musnik, editor of The Gunn Report for Media.

”Contact has become as critical to the success of a marketing campaign as content. The right media connections can make or break a campaign, or even a brand, and change behaviour as a result. Media innovation and creativity are more than ever, key to brand success”.