The Green Giant Awakens in the New Campaign out of Deutsch 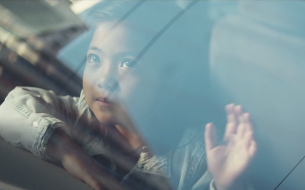 One of America’s most beloved advertising figures—the Jolly Green Giant—has awakened and he’s returning to the Valley once more. In “The Giant Awakens” video, Deutsch creates a film that’s not your typical packaged goods spot. The teaser-style film depicts people all across America spotting the Jolly Green Giant as he makes his way across the country, part of a 360 campaign hinting at the Giant’s imminent return.

The work is Deutsch New York’s first step in reinventing the Jolly Green Giant for a modern audience and making him just as culturally relevant to Americans now as he was in his glory days. “The Giant Awakens” was directed by renowned commercial and music video director Patrick Daughters.

Says Dan Kelleher, CCO, Deutsch New York, “The Jolly Green Giant is a true icon of American advertising. So having the opportunity to bring him back is a rare honor. This is not your typical packaged goods spot.  And that speaks volumes for the bravery and long-term vision of the B&G Foods team and the future success of the Jolly Green Giant.”

“The Green Giant is a legendary mascot, and working with passionate partners like Deutsch and Patrick, we’re excited to be reconnecting him with consumers in a seismic way,” said Jordan Greenberg, Vice President and General Manager, Green Giant at B&G Foods. “We’ve got a lot in store for consumers and this marks the beginning of our marketing efforts.”