With the announcement of live sessions in cities including Sydney, London and Chicago 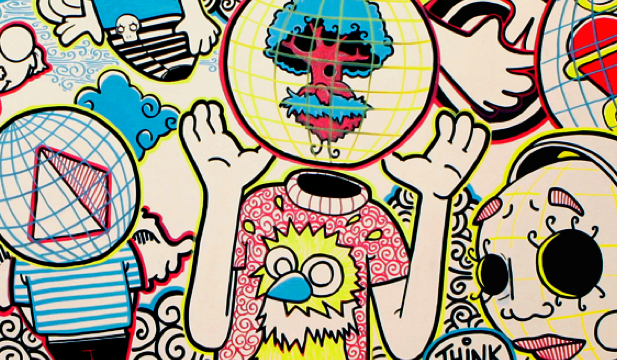 The Global Awards Grand Jury of prominent international healthcare and wellness executives will assemble this September to judge creative work submitted to the 2015 competition.

Judging sessions will also take place online, allowing entries to be viewed comprehensively by an international jury from regions with both established and growing healthcare markets. The annual live sessions allow jurors to examine in detail multi-paged works including: sales kits, direct mail, brochures, point of purchase displays, and annual reports and select entries that will achieve Shortlist status.

Hugh Fitzhardinge commented on the upcoming judging sessions at Sydney-based Ward6, “At Ward6 we’re delighted to host the 2015 Global Awards live session in what’s now a long-standing tradition ‘down under’. I like to think Australia punches above its weight in healthcare advertising and it’ll be great to have creatives from both global networks and local independents in attendance. In a rapidly changing environment, I’ll be hoping to discover some of those elusive game changing ‘new’ ideas that we all wish we’d come up with.”

Shaheed Peera, host of the London based Grand Jury judging session slated for September 23rd at Publicis LifeBrands Resolute said, “It was an honour to be asked to host this year’s UK judging session. The Globals have a wonderful history of celebrating great creative. And I'm really excited to see what will rise to the top this year.”

“CAHG is thrilled to host the Midwest judging of the Global Awards, said Robin Shapiro. “ We have assembled a stellar jury representing some of the best healthcare agencies. Working with these bright creative leaders to discuss, debate, and ultimately help determine the year's best healthcare communication — I can’t imagine a better day!”

“The Global Awards Executive Jury and Grand Jury of international industry experts, represent the top creative minds in the field of healthcare & wellness advertising. Our jury members are recruited from more than 20 countries on six continents,” said Michael Demetriades, VP and executive director of the Global Awards. “This comprehensive jury selection process ensures that each entry is judged by renowned talent with global knowledge and perspective from the industry.”

The 2015 Global Awards will honuor award-winners on December 3, 2015 at celebrations held in both New York City and in partnership with Bravo! in Sydney, Australia.

The Global Awards Board is led by chairperson Robin Shapiro, president and chief creative officer, CAHG New York, Chicago, San Francisco USA. The board is represented by a panel of prominent health care professionals whose reputations and knowledge of the industry continually generate prominence and expand the international reach of the Global Awards. Board members guide the judging process and ensure that the competition addresses the evolving needs of the healthcare communications industry.