The Glass Lion: You Need to Want to Win It 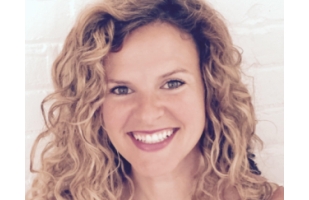 As a woman, it is your responsibility to society to be beautiful; you will gain self worth when strangers admire your body. Hem, hem, say what, stop the car!  Who is responsible for persuading people to believe in such ridiculous gender stereotypes? Undoubtedly, marketing has the power to shape culture, especially in recent years when advertising has become so immersive. Engaging content is readily available to be absorbed by cynical millennials who otherwise reject traditional advertising.

Luckily some brands are becoming more concerned with the impact they’re making on impressionable young women and their male counterparts. Hence this year the Cannes Lions festival has introduced the Glass Lion: The Lion for Change. The Glass Lion recognizes advertising for not only its creativity but also work that ‘represents a shift towards more positive, progressive and gender-aware communication.’

Right away I think of the Always campaign, that redefined the term #LikeAGirl, showing how even a shift in language can have a positive impact on women’s self-esteem. Bravo to you feminine hygiene products! I hope this year you’re acknowledged for sending a powerful message around the World and also because I can’t think of many other contenders off the top of my head.  Sigh.

The Glass Lion isn’t the only move towards gender equality in Cannes this year. The Festival has also recognized the under representation of women at agencies. Last year saw the creation of an initiative called ‘See It Be It’, a three-day programme that highlights female creative talent. The programme goal is to emphasize the contributions women bring to our industry and ‘nurture women’s career from the inside.’  If you think about the festival from a statistical perspective it’s most likely that a male Creative Director will pick up the Glass Lion this year because according to Business Insider, “female creative directors account for around 11 per cent of ad industry award winners.” Oh the irony.

The Glass Lion and the ‘See It Be It’ initiative are active steps in the right direction but should also act as reminders that we are still far from our goals of true gender equality, not just in the content we create but also internally. Perhaps it’s time to question why your creative department is predominantly men because last time I checked it wasn’t because women aren’t creative. 2015 is the year to make a change, not just talk about change but take actual steps towards equality.  It’s taken until now for our industry to reward those that challenge gender bias but the most important next step is for people to be driven to win a Glass Lion. Otherwise these initiatives in Cannes are simply failed attempts to compensate for all the years at the exclusive boys club.