The Future is Rosy in TBWA Paris' New Spot for U 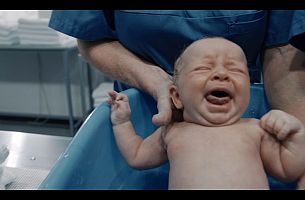 For more than 10 years, U retailers have committed themselves to creating a different kind of trade - one that benefits all: from clients, to farmers, to partners - while always keeping the consumers in mind. This collective vision covers all the links in the chain, with the goal of making the world a better place to live for future generations.

In 2016, the brand continues to clearly assert its unique standpoint by supporting consumers in shopping responsibly at the right price. To reinforce this, this year's communication is developed through the prism of future generations.

Better shopping ensures a better future for everyone, and especially for children. This universal message reaffirms U's vision of a trade that benefits all - a vision that takes its full significance in the long run.

Collaborating with the famous and talented film director Fredrik Bond, TBWA\PARIS has magnified the approach of U retailers by simply reminding viewers: "For happier generations tomorrow, let's shop responsibly today".