INFLUENCER: From upstarts to old farts, Hersh Rephun takes a look at ageism in the ad industry 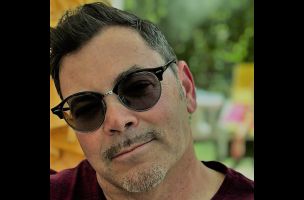 “Well, my friends are gone, and my hair is grey

I ache in the places where I used to play

I’m just paying my rent every day, in the Tower of Song.”

Okay, the hair on my head isn’t grey yet, but my beard is. And, at 52, I’m not getting any younger. By the way, I heard that phrase from a literary agent… when I was 32. My screenwriting partner and I were about to sign with this established Hollywood fixture who repped A+ listers, and who stressed that the second-hand was ticking on our industry hot clock, but there was still time to become million-dollar talents. “You’re not getting any younger,” he said to me, before glancing at my slightly older partner. “And you – you’re no spring chicken.”

Ageism is about more than age. It’s about the perception of value. What is the value of wisdom and experience in today’s gig economy? How do we weigh it against the connection of those coming of age in the moment?

The trope is that old folks (32 and over, I guess) are out of touch. They don’t Boomerang, and they don’t realise that consumers have short attention spans. Lemme tell you something: I entered the ad business in 1989, and the word to the old geezers was “On MTV, everything is quick cuts; you have to understand that consumers have short attention spans!” In 1999, TiVo (look it up) threatened to make broadcast advertising obsolete. And no one ever advertised on the Super Bowl ever again. Right?

Truth is, whether it’s advertising, entertainment or society at large, our excitement is more about newness than originality. After all, as Four Chords by Axis of Awesome so deftly demonstrates, the best ideas are simply repackaged as the next big thing.

And so, over the course of our careers and our lives, we repackage ourselves, desperate to inject the new into the same. Certainly, this is preferable to the alternative, which is to double down and resist change, remaining steadfast in our belief that one model or definition should suffice. The good news there is that the agencies have all tried the latter. No need for you to go there.

There’s another way of looking at the industrial ageing process: this winding road is not one of 'forced reinvention', but, rather, of growth and evolution. You started as an agency producer, and now you’re a director, landscaper, or college professor. We’ve already accepted the multi-hyphenate into our lives – back before TiVo, a creative director-turned-director incurred the wrath of his or her former colleagues for jumping to the other side. Sidebar: saying 'his/her' is a misnomer; how many female creative directors-turned-directors were there at that time? How much diversity was there in spotmaking? How much is there now? The answer hasn’t changed: NOT ENOUGH (although thanks to initiatives like the Superlounge Diversity Award, the CDDP Industry Showcase and more, progress is literally being made every day).

Speaking of evolution, it is heartening to watch my young daughters growing up empowered. My four-year-old daughter has more female superhero action figures than I ever had male ones. That said, youthful independence also means she will watch Descendants endlessly, in its entirety (she knows it by heart), but as soon as she hears Billy Joel or Janis Joplin, she tunes out. She does love jazz, so there’s hope for all of us. In fact, because I watch what she watches, I’m exposed to perspectives I would otherwise miss out on – and there’s no doubt that the time I spend with all of my kids influencers my creative.

Anyway, my hope is that all of us – from upstarts to old farts – endeavour to shape the world in unison, appreciating one another not only for the tune we’re playing, but for dancing on the string of life, feeling its vibrations, being moved by the movements of others, and for paying our rent every day, in the Tower of Song.

Hersh Rephun is CCO of Propeller 5