The Foundry Wants You to #FlipYourLips to Support Cervical Cancer Screening 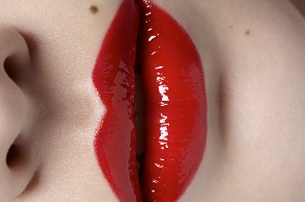 The #FlipYourLips campaign is asking women to put on their favourite red lipstick, take a selfie and ‘flip’ it before posting to Instagram.

The idea links a timeless symbol of feminine beauty with Red Lippy Project’s determination to champion women’s health and eradicate the stigma that surrounds the dreaded cervical screening.

The campaign kicks off in earnest through Red Lippy Project’s social channels during Cervical Screening Awareness Week (15th-21st June) and will also be supported by digital outdoor activity.

A-list actress Samantha Morton recorded the V/O for a short video giving women info on how to book their cervical screenings. The 15-second video, also created by Leo Burnett’s The Foundry, will be posted on Red Lippy Project’s Instagram account.

YouTube star Tiny Twisst, one of the campaign’s brand ambassadors, has also recorded a video explaining how to get involved in the campaign, or ‘flip your lips’, which will be posted on her YouTube channel.

Red Lippy Project is a charity founded by Caroline Muhlich and Linda Andersson with the purpose of encouraging women to get their cervical screening and to take their wellbeing into their own hands.

Red Lippy Project co-founders Caroline Muhlich and Linda Andersson said: “If we can get women talking about Red Lippy Project and cervical screening it will lead to more and more making the effort to get tested. These tests are free, easily available on the NHS and are an effective way to avoid developing cervical cancer. It’s time to spread the word and fight back against cervical cancer together.”

The Foundry (Vicki Sinclair, Vienna Hartley and Niall Moore) said: “Having the chance to work with Red Lippy Project is exactly why we applied for The Foundry. No other agency graduate scheme would give you the opportunity to conceive, manage and deliver an entire campaign so early in your career. We’re really proud of the work – cervical cancer is an issue we’ve grown to care about deeply, and we believe we can make a difference. We’re also so grateful to Caroline and Linda from Red Lippy Project for being as ambitious as us, and so open to our vision for the charity.” 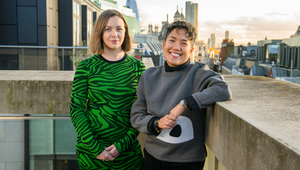