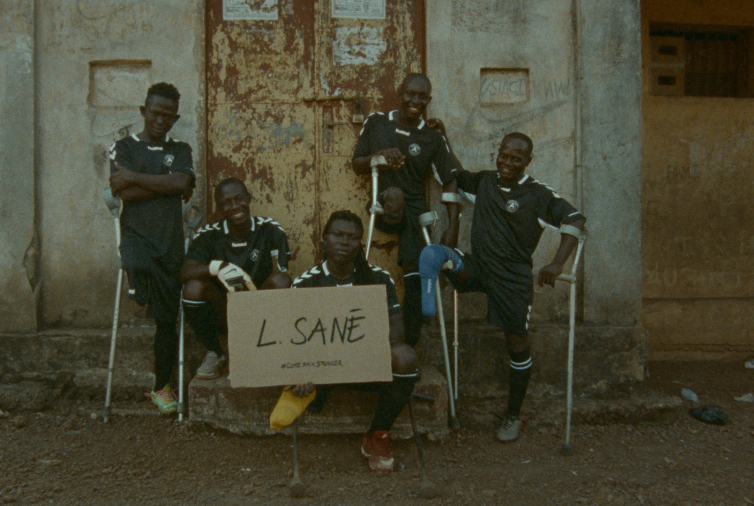 In a new campaign created by Danish agency Eiffel for the humanitarian organisation FANT, Football For A New Tomorrow, an amputee football team from Sierra Leone sends a heartfelt message of support to some of the football superstars who have been sidelined this season due to severe injuries.

Eiffel took on the challenge of creating a new campaign for the organisation who for the past 10 years has been on a mission to support the rights of the disabled in Sierra Leone.

Among them are the Flying Stars - a football team from Freetown in Sierra Leone with players who are all amputees. Many of these injuries stem from the civil war in Sierra Leone, considered one of the African continent’s most grim and bloody.

For years, the injuries kept the players from doing what they love the most: playing football.

But their love of the game gave them the strength to work their way back on the pitch – stronger than before.

Eiffel creative director, Janus Hansen, says: “Typically, in charity campaigns, we see people in need. But meeting the players in Sierra Leone, we were taken aback by their strength and spirit. Despite all they’ve been through, they prove that’s it possible to come back stronger - no matter what challenges you might face. That’s the message we wanted to bring across in a new campaign with the theme #ComeBackStronger."

In the campaign, the amputees send a personal message of support to football superstars who have been sidelined this season due to injury. Because no matter if you play in the biggest stadiums in Europe or on a small field in Sierra Leone, love for the game drives all football players.