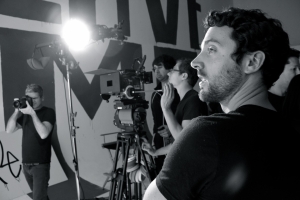 Director Giovanni Messner, whose work includes P&G’s high-profile “Raising an Olympian” series and spots for a range of top consumer brands, has signed with integrated production company The Famous Group to direct commercials and branded content.

Messner was first hired by Famous this fall to direct four spots for eBay's new holiday campaign, including “Ms. Hard-to-Shop-for” and “Artful Ways to Wrap It”, and was officially signed by the production company shortly after.

His previously most well-known work was as lead director on P&G’s award-winning and heartfelt series “Raising an Olympian”, which aired during the 2012 London and 2014 Sochi Olympics.  He directed many of the pieces and oversaw creative on over 40 short films in the series, traveling the world to film Olympic athletes and their mothers.  Among the “Raising an Olympian” films he directed was one telling the story of Gold Medal-winning US figure skater Evan Lysacek.

Prior to going solo in 2011, Messner spent five years at The ZiZo Group, where as creative director he developed content for some of the world’s leading brands.  Highlights included directing the emotional P&G Pampers series “Love Comes Early” about the family of a baby born 15 weeks early, and the “Road to Reunion” series for USO/Walmart which followed soldiers returning home from an extended tour of duty.  He began his commercial production career at MJZ.

His other work includes three commercials for the Levi’s “Go Forth” campaign, as well as spots for Starbucks, Pantene, Nestle and a range of P&G brands.

“Gio is a truly gifted storyteller who understands how to build trust and comfort with real people.  He’s skilled at capturing their true selves and real stories,” said David Kwan, managing director, The Famous Group.  “We’re excited to sign him because he creates beautiful composition, and has an intimate, warm style that will work for many brands.”

“My strength is combining authenticity in storytelling with cinematic imagery,” said Messner.  “Whether it’s working with high-profile Olympics athletes and pro stars like New Orleans Saints quarterback Drew Brees, or shooting a fashion blogger or local small business owner, I love using an emotion-driven documentary style with a cinematic look to tell a compelling story.”